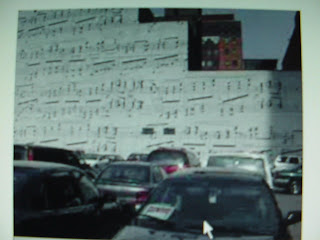 There is an interesting facility called Choruss, and independent non-profit that has been set up to help mediate the music licensing problem. ISP’s, universities, or other agents would pay fees to the recording industry in order to get licenses for more or less “free “ access for customers, who, however, would probably have fees passed on to them whether they used the music or not. Call it a kind of “communism.” Some people see community licensing as a kind of “duct tape” solution, but other legal groups, including EFF, have tended to support community and common licensing as a practical and fair way to aid the free flow of information and art and music, particularly from speakers who do not have deep pockets or a lot of capital. Remember, “ordinary employees” in the music and film industries do need to get paid; many of them (including actors) struggle like “everyone else.”

On December 8, 2008, Eliot Van Buskirk wrote on Wired that three major music labels had joined Choruss (link here). Only Universal among the major companies is holding out, according to the story. Warner seems to be leading the charge.

A discussion forum on Slashdot called this a “bait and switch” scheme to disguise a “P2P music tax.” (Reminds me of Barbara Ehrenreich!)

I checked choruss.com and found it “still under construction” by a company called Speakeasy.

Picture: Is this Ravel? On an building near the Minnesota Orchestra on Marquette St in Minneapolis, taken by me (on video) in 2003.
Posted by Bill Boushka at 9:12 AM