What's changing are the "Rules of Engagement"; My "Existential Trap" proves the point 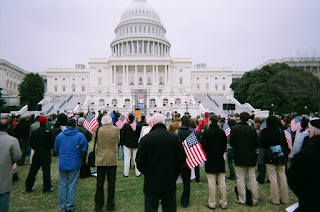 Last week (Tuesday March 18) I discussed the pro-natalist views of Phillip Longman, and I had discussed them in response to a newspaper column on March 8 and 15, with the link to my discussion here.

So someone wrote back to me this comment by email, and it stimulates some followup.”

I had written, at the end of the posting, "So, I guess I have to just say it. That means "people like me" must submit ourselves to the culture created by the marital sexual intercourse of others."

The reaction is, “Bill, every human in history has submitted themselves to the culture created by the marital sexual intercourse of others. That's because reproduction rules -- that's how lineage is created, and lineage goes forward, not 'us.' So living in a culture created by the people who reproduce hasn't changed. What's changing are the rules of engagement.”

First, there is what I’ve have called the Existential Trap in the gay male community, and what social conservative writer George Gilder called “upward affiliation” back in the 1980s, and what ex-gay “reparative therapist” (whom Dr. Phil featured in January, almost by mistake) Joseph Nicolosi called an irony – that gay men often admire the leanest and strongest (just imagine the last visit to the disco floor)--- the most “masculine” – in their ranks, supposedly attracted to their previous “oppressors”. I hate to have to make Nicolosi “credible” (I talked about his 2002 book on the books blog in January) but here he has a point. Putting all the threads of “logic” together, it seems that “gay male values” often reinforce the “right wing” notion that some men are potentially more “competitive” as potential ancestors and desirable providers than others. Okay, I say that in subjunctive mood. So supposed gay values actually derived from the “culture” created by reproduction. I can see that this argument on the surface makes some sense.

That leaves me to ponder “the rules of engagement” – what they are, and how they have changed. For most of history, marriage has been at least an economic arrangement, for dividing labor, creating biological lineage, and apportioning wealth. Children were viewed as “assets”. In the 1920s (as Peter Jennings documents in his coffee table book “The Century”) the notion of “companionate” marriage began to take hold, and gradually the “privatized” idea of marriage as chosen and expressive of love and commitment took hold, gradually leading to a concept more commensurate with the individualism that would start to develop in the 1960s and 1970s. Personal choice, self-expression, equality, and economic productivity for all became seen as virtues, and some aspects of family life, particularly the care of the elderly, were at least partially socialized with Medicare and other programs. Children, as Longman points out, came to be seen by the affluent potentially as “liabilities.” A “perfect storm” of tension among cultural values developed, what we know as the “culture wars”. Religious leaders, quite appropriately, warned that “personal responsibility” had been carried to dangerous extremes, denying the idea that people need each other (or God). At the same time, older notions of family morality had sometimes encouraged tribalism and patriarchal values. Many issues were seen as beyond the responsibility of the individual and to be resolved only collectively by families, groups or even states. In such a world, practices like slavery and segregation could be accepted for a long time.

I’ve noted in a previous posting that anti-gay laws (and sodomy laws) often used to be a lazy way to ensure that every person will invest some energy in intergenerational responsibility. They were part of the older “rules of engagement.” But “rationalization” of moral thinking with individualism led to a world where they violated individual rights of private choice and autonomy, which, with increasing technology, became seen as more important virtues than shared responsibility, which married couples used to experience as their prerogative to dole out to other (unmarried or not yet married) family members.

But now we face real questions about the sustainability of our way of life, and the Internet (again, with some irony), partly as a result of the easy self-promotion opportunities that it offers, has obscured our notions of “privacy”. It also leads us to question “individual sovereignty” as it has developed over the years. Multiple concerns crop up, having to do with our consumption of resources relative to other populations, and lengthening life spans with earlier retirements and fewer children in certain economic classes. We are “living beyond our means” as we rudely found out recently.

Radical individualism logically supported the idea that one’s responsibilities are derived from one’s choices – most notably, to have children; they weren’t doled out (especially to “non reproductive” people) by heads of families. Over a couple decades, our sense of “morality” shifted away from an emphasis on duty (with practices like military conscription and family obligations assigned by parents, all connected to “deservedness”) – ideas that I grew up with -- to personal choice and consequentialism – often expressed in monetary terms (or as “market fundamentalism”). In the late 20th Century, gay people (especially men), tended to live in “de facto segregation” in large cities away from families of origin, often rejected by them. But with the Internet came transparency and the public awareness of the enormous need to attend to attend to intergenerational responsibility – such as adopting children on the one hand, and to provide eldercare on the other, as people lived longer. The idea that “responsibility for others” was circumscribed by personal choice was beginning to look untenable or unsustainable. Some of the more communal family values of the past, where the unmarried took care of elders disproportionately might come back (as in the movie “One True Thing”). The “rules of engagement” could turn again. It's hard to say what that means for the institution of marriage, but it's even more testy than Morse or Gallagher write.

There’s one other piece of this “Existential Trap” that is very offputting to me. As I noted in a February 19 posting here, I came through the “tween” years believing I had lost the “contest” of “male competitiveness”. Because of rapidly growing individualism and personal freedom, I found another way to live, harmlessly and then quite productively, but with some urban segregation, and without full theoretical equality, which used to be a relatively meaningless concept during my “exile”. But karma comes full circle. Now reconciliation happens and duties are expected from others, especially as I have become public with books and websites. But it is very upsetting for me to be put on the spot and be asked to pretend to be a “male role model” or “protector”, such as for family or other people’s children, given my background (for an external party to circumscribe “the best that I can do” -- whence my "second class citizenship"). I used to simply plead neutrality—the “libertarian” (and recently morally acceptable – look at Lawrence v. Texas) position. But there is “the trap” and inherent moral contradiction – I admire the same masculinity that I cannot even pretend to imitate. Masculinity is an achievement after all (all (even if Warren Farrell says otherwise in his 1993 book “The Myth of Male Power”). But it cannot be just pretended. Perhaps a bigger character issue is a certain aspect of "courage": people accept uncertainty when starting a family, and a democracy has to deal with just how much of the responsibility they wind up with (partly because of genetics) should be strictly the parents' and how much should be doled out and share by others, including the childless -- again, part of the "rules". I can understand, that if I can be “required” to support some family, then I would need my own domain after all (wife and children) and slip myself into soap opera behavior. The roots of intolerance and even nihilism have become only too clear to me.

This leaves me back to the “polarities”. Some of us have psychological makeups that don’t exactly match our genders. It can put us in a difficult position. But it all depends on the rules of engagement. Hence I write these columns, hoping that the rules don’t go the wrong way.

The phrase “rules of engagement” is often a military term. How ironic that right now they still include “don’t ask don’t tell”.
Posted by Bill Boushka at 2:08 PM

Well this is a nice Blog on most important facts. I am happy to read this. But I am looking more and more info. Please add some thing more. I shall link from my blogs to this blog to day itself.
Last week I have found a nice informative guide on HIV from following URL http://www.helpcure.com/hiv/
This guide says - How To Cure HIV Through herbal medicines and Holistic Treatment. Guide claims that HIV viruses can't be killed but they can be ousted out of the body cells using bio magnetic repulsion or something written. I dreamt of a HIV free world after reading this guide.
Hope to read more from you people soon.
Wish you all a nice and fantastic Day for you