"Rule sets" need to be averaged out over time 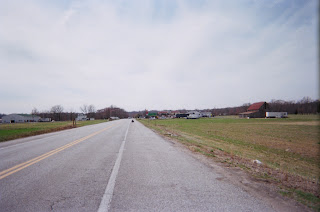 The concept of “RuleSet” has taken on an esoteric meaning in object-oriented programming, but in ethics and social policy, we have to take a long, “meta” view of the importance people give to rules (yes, those notorious “rules of engagement” in previous posts).

I like rules. Maybe that makes me a Pharisee. But I think many people like rules, too. Rules give meaning to things, but, it seems, only when they are followed exactly. Professional sports like baseball and football work so well because the way the rules are designed (and supposedly consistently enforced by umpires and referees) they enforce a certain balance. (I won’t go too far off track in mentioning that performance enhancing drugs can ruin everything quickly.) In baseball we give the “home team” a little flexibility, like with outfield dimensions and certain “ground rules”. But they are still rules, and they evolve over time. At one time pro football was different from college. But then pro football moved the goalposts back and adopted the two-point conversion opportunity. I even think that a one-point opportunity (a downed punt) ought to be considered. (In the 2009 Super Bowl, didn't we all love the precision with which those instant replays were examined for two critical Steeler touchdowns!) The point is that over time, people change the rules for things because of various circumstances, including technology and population or customer demographics.

So it is, it seems, with society. And particularly in generative and organizing elements like sexuality, marriage and family, particularly as these components relate to the way wealth is distributed. I’ve come to understand, in recent years, how it really was a half century ago. People married, had kids, raised the next generation and remained romantically involved (most of the time, with much better “slugging averages” than today) because the “rules” created meaning and a psychic reward for doing so. Some of this reward included not just general social approbation or tax treatment, but also the notion that they had created a socializing institution, “the family” that would provide identity for others who might not always “compete “well enough to do the same in their own personal lives. The rules of sexual morality (requiring that institutionalized marriage monopolize sexuality) seemed to be based on religion, but what they really did was give meaning to the permanence of a relationship that might not sustain itself long enough to take care of other generations. In these earlier times, a lot of moral significance was given to gender-related “performance,” which limited many people. The “meaning” made the continued relationship exciting, but it required the submission of others (even many adults) to the structure of the family. It was easy to abuse. But, within the family itself, it was possible to pretend that “nobody got out of things” and therefore a particular station in life could be “justified” morally, particularly when challenged by notions of dependency on “hidden sacrifices” or subsidies by others.

But the rules “changed,” starting with the tumultuous 1960s. Individualism grew, and marriage became “privatized”. Ironically, because of technology and the Internet, personal values, often expressed through “private choices” in sexual behavior (including homosexual) took on new public meaning, often of a disturbing existential nature. But the experience of sexuality (even from something as harmless as “dirty dancing” at the disco) also had meaning, relative to the values of an individualistic world. Welcome to the “culture wars.”

In fact, if there is a “moral” problem with homosexuality as it unfolded in me, it seems that it has something to do with, at least in an existential view, the notion that my “upward affiliation” is an attempt to “change the rules” after I couldn’t “compete” according to what society had laid out for my gender. As a mid teen, I set up softball games in my own backyard and neighbors, and manipulated the “rules” so that I sometimes “won.” Chess players do this by mastering opening theory and trying to get opponents to play “their game.” Sexuality, it seems, is different from everything else in our culture: attempts to "rationalize" it backfire because it's very purpose is transformative, beyond the individual's normal scope of control.

Today we face problems of sustainability, in terms of the environment and resources and financial structures (and even the way “reputation” relates to capital and resources), but also in terms of demographics. All of this could cause further modifications of the “Rule Set”. For example, family responsibility may no longer be perceived just as a function of a “choice” to procreate – because, given demographics, we can no longer “afford” such an arrangement forever. Some family responsibility of the ability to support others will be expected of everybody. There may well re-develop a policy of “pay your dues” but it probably will not nearly so gender-related as it was a half-century ago, because social mores in sexuality and perception of gender identity and personal identity have changed. Some people will want to continue the experience of group or family consciousness (including religious ideas of fellowship), but the rules will always have to be understood when translated in terms of individual “responsibilities” and expectations. Even so, we may wind up with a new notion that individual work is meaningless without corresponding social implementation.

Technology, it seems, when it comes to individualism, can both “giveth” and “taketh away”. It offered democratization of debate and fame without capital or the previous modes of competition and accountability. But it could also create new responsibilities and exposures. People could live longer than they used to, and people’s lives could be saved by various new determined treatments, not possible a decade earlier. But sometimes this could work only if other family members would make sacrifices outside of the individualistic ideas of “choice” and “personal responsibility”. Family emotion, soap opera style, even jealousy, started to become potentially virtuous again. That’s one reason why new family structures (including those headed by same-sex couples) become controversial, way beyond the usual focused hype on legal “benefits” or “privileges” and abstract notions of “equality.”

Problems can come about that require understanding how the rules changed between generations, and may change again. A mediator may have to think like a teacher weighing different tests and the final exam – a lot of different factors “count” in deciding what is just – and we can never make things perfectly fair, it seems. Sacrifice can be part of the reconciliation.

I can look over a few decades of life, look at some incidents, and say what I should have done and what others should have done in each one, out of moral intuition. But the "rules" that drive the sense of what is "the right thing" really have changed in moving from one circumstance to the next. There seems to be a new sense that if your work influences decisions that affect other people, then "you" should take some personal responsibility for them, too.
Posted by Bill Boushka at 6:02 PM