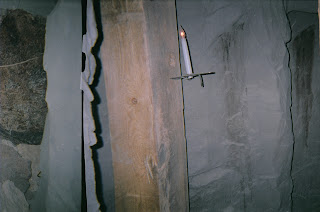 On Thursday, March 12, 2009, the NBC Today show covered the subject of online reputation and “net etiquette” in a gentle piece written up here by Vidya Rao, “Social netiquette: when poking isn’t polite: online, as in life, it’s good to smile, not be creepy and not talk about poop”, link here.

The thrust of the piece was that the degree of candor and “carefree” nature of Internet posts partly results from the sensation of anonymity (even when using one’s name) and the lack of in-person presence of other people. But the results of carelessness in Internet postings can be serious, especially in the area of online reputation and sometimes legal risks (libel).

Courtesy is a particular area. People sometimes expect to become “friends” on social networking sites when they wouldn’t in person, and this results in some misunderstanding and feelings of rejection.

The speaker suggested that every heavy Internet user consider branding himself or herself. Although some sites (like Linked In) are more appropriate for professional networking (Facebook is intermediate, and Myspace really is only social) the totality of your presence becomes evident to others, including employers, clients, schools, and sometimes other family. Because of the pluralistic notion of the moral and social views held by people in our society (and even within individual families), thus is much more sensitive than many people realize. Someone still in college or high school has, with some maturity, the opportunity to consider how he or she wants to be “known.” But once you have a “reputation” (in the broadest sense of the word) there will be “jobs” out there that are no longer appropriate because they contradict the values that you connect to yourself with your online presence. For example, I could not work for Focus on the Family (which is laying off anyway). I probably couldn’t go out and “peddle” things just based on generating leads or pretending to be a “role model” for someone else’s purpose.
Posted by Bill Boushka at 8:50 AM