The market economy hasn't always defined "the rules of engagement"! 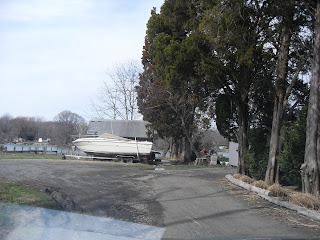 One of the features of a market economy is a tendency to drift toward market fundamentalism not only in financial matters but in how we perceive personal ethics.

Over the past few decades, we have gradually developed a moral value system based on personal autonomy or individual sovereignty, where the choice of the individual drives all moral outcomes, which generally are measured in monetary terms. And underlying concept is “freedom to contract” with the corresponding responsibility to honor contracts voluntarily made, as enforced by the legal system. In some quarters, such a line of thinking has been used to propose simplifying marriage laws (for any gender combination) to simple contract law.

When I was growing up, in the 1950s, I perceived an overlay built on a notion like “moral duty” or something like that. I was particularly challenged, in the grade school and middle school years, to prove that I could do the things “expected of a man.” I did poorly at these things and this was a source of a lot of negativity. It seemed that I was focusing “unfair” attention on myself (my studies and music) at the expense of some common “social responsibility.”

As I’ve noted, kids don’t have the autonomy to function in the monetary system. They live in a world which may be rich with wonders, but their privileges are controlled by others (as demonstrated in the childhood “Mother May I” game) and currency consists of popularity, fun, and recognition.

My parents and their generation did not perceive a stable world where the legal system can guarantee individual liberty the way ours did (particularly in the glory days of all those GLIL socials in the 90s). The world was an inherently dangerous place (look at the experience with wars and depression, and look at the past decade and past few months, for that matter) and loyalty to family and group was an intrinsic value. It was not the responsibility of the individual to determine right and wrong on a global context; that constituted the “knowledge of good and evil.” Instead, elders of a family or society negotiated that. Within families, men were expected to prove that they could compete to provide for and protect women and children, and women were expected to provide more babies and raise them. Gender conformity in those days was part of a “moral currency” which counted toward one’s station in life. One “earned” one’s keep relative to what others had by being able to “perform” according to the “rules of engagement.”

There’s an important distinction in how people thought, between two precepts. Yes, if you had children, you had to support them, and if you got married, you had to be faithful. But there was also “something else.” You had to prove that you could provide for others before you were on your own and partook of “riches” that you knew a lot of other people didn’t have.

This roughly tracked with “family values.” Because it perpetuated not just tribalism but outright racism (slavery and the segregation) on the idea that “you look out for your own family first”, no wonder progressives (especially the Left) attacked it. But new individualism would provide its own problems, as still people could get left behind. Attempts to make things “equal” or “just” could well invite new totalitarian experiments, as we know from Maoism on the one hand, and right wing fringe groups on the other.

So we are left with uncertainty, which we must have the courage to accept, and a mix of expectations and sometimes some uneven sacrifice and willingness to accept uncertainty. But there may be no alternative in a free society.
Posted by Bill Boushka at 6:21 AM