Juror Internet use is leading to many mistrials 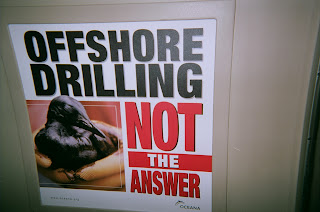 John Schwartz has a story on the front page of the Wednesday March 18, 2009 about another “side effect” of the Internet and particularly the Web: objectivity of jurors. The story title is “As Jurors Turn to Web, Mistrials Are Popping Up,” link here.

In one case in Florida, eight jurors admitted to doing “research” on a case – the defendants and even the attorneys, with web searches and visits to social networking sites. Jurors can potentially look up information on cell phones or blackberries, and can receive information from texting or even from Twitter. The potentiality is creating big problems for judges in instructing juries.

Obviously, particularly after convictions, defense attorneys will look for any irregularity they can find, including this.

It’s not so clear that there’s anything wrong with a juror’s blogging at night, as long as the blog has nothing to do with the trial or case. But in a world where “all dots can be connected” that’s becoming increasingly difficult to say.

Jury duty is a civic responsibility and normally required. In rare cases, trials can be long, and jurors could face denial of Internet access for a long time. Occasionally, judges in the past have denied sequestered jurors any access to conventional news through broadcast media.

I was called for jury duty four times in the 1980s in Dallas (because Texas has a “one day one trial” rule, whereas many jurisdictions have jury duty that lasts for a week or more). I was on one misdemeanor trial in 1982, a weapons charge, and served as foreman. We had very long deliberations but eventually reached a conviction. In those circumstances, the likelihood of receiving outside information was remote. I was working as a computer programmer at the time.
Posted by Bill Boushka at 10:47 AM