Job fairs seem to encourage people to go into sales 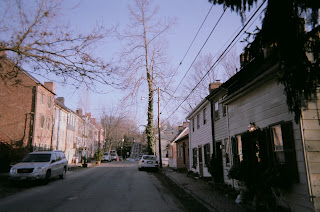 Today, CNN showed a brief clip of a job fair in Atlanta, and tried to make the point that “not all good jobs require experience” or something like that. They mentioned “Atlantis Health Care” whose spokeswoman said that applicants didn’t need sales experience or health insurance experience; they were just looking for “friendly” people to sell health insurance policies.

I couldn’t tell much about the company from the web, but it always raises a red flag with me to hire people just because they have the sociability to “sell” anything. Not that sales is “bad” – my own father was successful at sales to department stores for four decades because he turned sales into real customer service. But thus sounds like getting people to swallow pride because they have to support families, somehow.

I got a lot of these calls for odd sales opportunities over several years, and in reptrospect, we know from the financial crisis, that many of them were based on pyramids.

Private health insurance, of course, is in the middle of the health care debate. I have no idea how good this particular company is, but many private companies have been criticized for their handling of pre-existing conditions, for example.

A related kind of job would be to sell long term care insurance, which would start with home visits to assess and screen and then interest appropriate future customers. But it’s easy to imagine the ethical quandaries.

On the other hand, I stumbled across Mass Mutual’s recruiting page for new agents (link), with a talking icon, general agent Phil Costello. I have to admit he makes a compelling presentation. He says you have to “survive” when you start but if you do you “thrive.” He talks about working with specific niche communities, including LGBT, women, and special needs. That sounds good.

But in 2005 I talked to New York Life about the idea of becoming an agent. There seemed to be similar specific outreaches. But to be successful a new agent needs to be able to generate leads very quickly, and it’s hard to imagine how someone does that without social fluency in the general world of middle class families. I’ve also met agents who were trying to make me one of the “leads” and seen how the process works in advance.

My own sense of self is “analysis”: I would rather have someone come to me and help them solve a problem, rather than just go out and find people to manipulate into buying things. I’m an analyst (and journalist) but not a Manipulator.

But, in a recession, it’s easier to generate commission-based jobs than anything else, I fear. Business seems to think, we have to get people to buy what we have already produced before we produce anything more. But that won't get us clean or sustainable energy, for example.
Posted by Bill Boushka at 1:35 PM