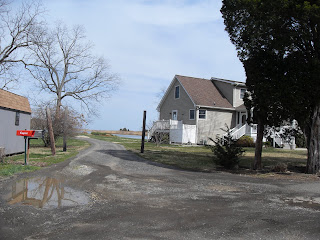 Back in November 2008 I reviewed (on the books blog) GWU law professor Daniel Solove’s “Understanding Privacy” and something about web self-promotion really strikes me now.

When someone like me addresses controversial political or social issues and publishes such material on the Web, he or she often works alone and has the sensation of “privacy” (in terms of how biological brain chemistry works), even though he or she may choose to identify the self and not “hide” behind anonymity and therefore lose effect. In effect, when one “tells” one still has a sense of “privacy” nonetheless (imagine how this impacts the debate on “don’t ask don’t tell”).

What really happens then? People wonder why the speaker sticks his neck out. Many people don’t understand the value of abstraction, or of pointing out what one sees as the full scope of an issue. They certainly don’t understand the purpose of “thought experiments” where one acts out, on paper, an undesirable role to show possible consequences. Such people often assume a “personal” motive, with some visible social or financial gain.

Therefore they will expect things of speakers. In my case, I have found that people sometimes want me to drop what I’m doing and join their causes. Or they want me to become a role model for their purposes. Or they may behave like some characters in a particularly notorious soap opera and insist on being taken care of. Postings that seem abstract and principled and at worst "neutral" come to be perceived as hostile by people who see me, by their perspective, remaining so socially "aloof."

It’s all very interesting. But remember, because of my “sexual orientation”, a lived a life of neo-segregation, in sheltered urban exile, until the Internet and other external circumstances changed things starting in the 90s (and particularly after 9/11). I lived and worked in a world of hyper-individualism (information technology fit perfectly), where social relationships were always conditional, and were people “kept score”. I lost track of how much social deference the “real world” expects. Today, I think back to the early 1950s, when sometimes my parents used two teenage boys, brothers, seven to nine years older, as babysitters. Both became ministers, but what strikes me now was that in those days everyone learned the idea that they would function in a family-based setting before they did things in life. By the 1960s that had all started to change. And today we have a world where everybody perceives the same facts and same information so differently, both in the eyes of the beholder and trying to guess the motives of the speaker.
Posted by Bill Boushka at 3:34 PM