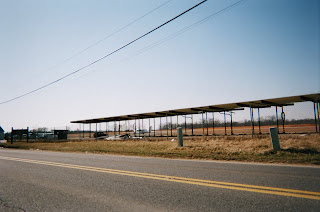 The Electronic Frontier Foundation has a subsite called “Surveillance Self-Defense” which is very useful to most home and small business users. The basic link is here and there is a news story (“EFF creates anti-snooping site; Nibble: all you need to be invisible”) by Mark Farrell about the new facility in The Inquirer, March 4, 2009, here.

The EFF guide should be studied in the same spirit as another recent publication, the Bloggers’ Legal Guide.

The document points out that the Patriot Act has increased government power to “grab” items including computer data in some cases, sometimes without specific warrants, with limited and perhaps compromised judicial supervision (such as FISA). The document suggests that users consider “complete erasure” of data by using disk scrubbing software as well as mere deletion.

The risks for many home users are probably largely theoretical. But sometimes accidental combination threats or hazards of illegitimate prosecution of home or small business users occur. In a few cases, people seem to have been accused of possessing child pornography (a 2006 case in Arizona) that may have been planted by viruses, or have been falsely accused of somehow compromising the safety of minors in their care (such as an infamous case with a substitute teacher in Connecticut). It seems that in many jurisdictions that laws and criminal and civil procedures are insufficient (or simply too vague) to completely protect home or small business users from accusations created by malware. In some cases, possession of various items or even private diaries, while legal by themselves, could be used by government to add on to a false prosecution. So “questionable” but technically not illegal items that are believed to be privately stored on a hard drive and not posted on the Internet could still pose a hazard, particularly if others such as hackers could find them, or if government could seize it without proper judicial supervision.

The third party information issue not only incorporates the identity theft problem, but also “reputation defense”, where inaccurate or misleading (or sometimes even libelous) information held and posted or published by others remains detrimental to someone.
Posted by Bill Boushka at 7:59 AM