The debate over the "sanctity of marriage": the one fundamental right that it reverses 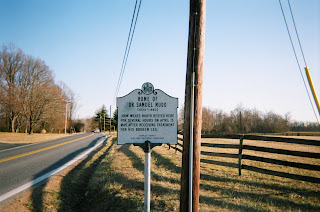 When reviewing all the recent debates about marriage, a certain observation strikes me, and that takes me down a path of thinking that has some disquieting results.

When people take the vows (“in sickness and in health”, “till death do us part”, etc) they are renouncing what normally is a fundamental right – to refuse unwanted intimacy. They are promising to remain an “interest” in the partner for a lifetime. They are renouncing some access to fantasy and some use of their own normal ability to notice differences (“discriminate”) for expressive purposes. People usually can’t give up such a major part of themselves for nothing forever, even if they sense a real romantic attachment to the partner, without getting something for it. So, normally, they get the “social supports” – the social reverence, and the “preferences” which unmarried adults sometimes must sacrifice for.

When people are married and have children, they generally believe that they have the “right” to structure the emotional lives of their kids around blood relations – that they manage. They can expect their oldest children to learn to take care of the younger. Sometimes these expectations continue on into the adulthood of the children, who may feel that their emotional priorities are subject to the authority of others until they marry and have children themselves. They expect their adult children to remain a measure of preferential loyalty to the family, an arrangement which tends to encourage division of labor and protection of less “competitive” family members. They also expect their marital commitment to be “revered”, even after passing.

Social conservatives see this whole arrangement as connected to a sense of duty and some self-sacrifice needed for social order (however phrased in religious terms). Social liberals see this arrangement as an excuse for racism, sexism or classism. Libertarians just see this as “irrational” fleet from personal responsibility and autonomy. Social conservatives come back and tell their “flower children” that they owe their freedom to the marital commitments of their elders; otherwise they could be living in poverty themselves. So, one wonders, why should I care about the marital stability of others (most of all in the Ladies Home Journal). Well, you say, it’s because you depend on their stability. It’s a matter of karma.

People who, for reasons of ability or temperament, don’t want to participate in this arrangement might have every reason to want to “expose” or exploit the individual failings of people who depend on this marital system, which they see as coming at their expense. And the “other side” says, without the marital system, you wouldn’t exist at all. Don’t bite the hand that fed you.

But, in fact, the old system of lifetime patriarchal marriage began to fall apart in the 60s, first because the racial and economic injustices became so apparent, and then because technology started to encourage the values of individualism and personal sovereignty.

The practical result of all of this is still that “family responsibility” is a lot more than just providing for the children you “choose” to have. Some of the responsibility was created for you by the family itself, because you owe your existence and life to it. That too could eventually affect what, in a sustainable world with finite resources, people get to do and have. It’s this dual nature of family responsibility, that we used to accept for granted because there was no alternative, that needs to be debated again.

Some people, it seem, are only willing to make a “commitment” when it gives them control over the sentiments of others who didn’t make such a commitment (call it power). You see it in soap operas. Others seem to live the flip side: they need to use their sensitivity (or sensibility) to publicize the differences among others and make them apparent, but they don’t want any “power.” It’s the whole polarity thing again.
Posted by Bill Boushka at 7:28 PM