"Because I said so!" -- the "Just for Authority" problem -- boyhood revisited 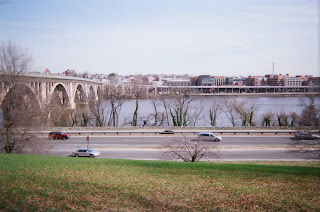 John Rosemond has an interesting syndicated column on parenting, reprinted on p A17 of the Sunday Read of The Washington Times, “’Because I said so’ wont’ stunt esteem.” The original column is here.

I remember, when growing up, my resentment of being expected to conform to certain micro standards (in how I did chores, for example), “just for authority.” A parent tells a child to perform task and will not explain why. But the idea spills out into the real world, in business, and especially in school with teachers. Rosemond says “Effective leaders act like they know what they are doing. “Because I said so” is simply part of the act—an important part, no less. It also keeps things simple for those being led. They do not have to know what the leader knows; they simply have to trust.”

He also goes on to say that “why?” is a “belligerent response” to parental decisions, not a debate.

But in the broader society, the question of leadership for its own sake becomes important. We want our society to be a lot more transparent than it used to be. We want to understand our leaders’ decisions, and because of free flow of information, that sounds a lot more realistic.

Yet, I’ve encountered some situations where “just for authority” matters. When I was substitute teaching, I had discipline problems that related to my not being perceived as a “male role model” for its own sake. How can you expect a sub who doesn’t know the students to be credible as a disciplinarian. The schools seem to think that “you just have it in you.”

One of Rosemond’s earlier columns, with a title that may sound cynical, “Bad economy may aid parenting”, reinforces his views (the Washington Times, March 15, 2009, link here). He writes “When I was a kid, nearly every child enjoyed a responsible role in his or her family, a role defined by chores. We were not on entitlement programs.” The family as a unit was created by the committed intimate marital experience of the parents, and, yes, it had an effect on shaping the lives of others, in a world filled with external hostilities and challenges outside the scope of individualism.

But, was we see, the “rules of engagement” keep changing.
Posted by Bill Boushka at 7:49 AM

Labels: my history as a substitute teacher, rules of engagement