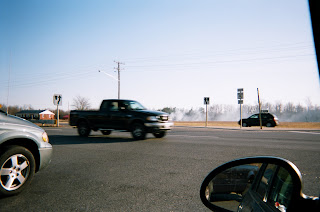 Okay, let’s get a grip on things. Why is it that policymakers can’t get a handle on how much public investment it will take to stabilize the economy?

I think there are two big factors. One is that it doesn’t seem that the government and all the different rating agencies have the systems in place to really calculate what is going on. What I’m referring to is those old bread and butter mainframe batch systems in financial companies that were so good at getting everything “right” every day. I spent the last 18 years of my career on systems like this. But it doesn’t seem that policy makers have definitive system outputs as reference points from which to tell the public, particularly investors, the “truth.”

At age 65 and with all these decades of experience in old fashioned financial systems technology, yes, I can emerge from premature retirement and help them. I can even pretend that doing so would be patriotic. I will root around and see what the agencies (especially treasury) and various contractor companies are going to do. There’s no question that policy makers need better systems in order to estimate risk. I think I could help them.

Of course, the individual banks and hedge funds all had their models, which were supposedly written by whiz kids, but it sounds like they are scattered about and were predicated on speculative assumptions. Around 1989 or so, I worked (at a company now known as Lewin) on a predictive model for Medicare operating margins, and learned how a slight change in a crucial formula (based on a particular public policy assumption) can cause enormous changes in the mathematical results.

That brings us to another point, about valuations. In my twelve years in the life insurance business, I learned that actuarial was perhaps the trickiest part of the cycle, even though innovative scheme for making the calculations in computer cycles have been around since the early 1960s. But, of course, the models used by financial institutions (often “methods” as we call them now in OOP language) were based on questionable assumptions about how people behave.

The problem, is we don’t how much something is worth until someone really pays for it. (The controversy over the “mark to market” accounting rules and even default swap insurance reflects that social reality.) We can only guess on “comps” (so well known in real estate appraisals) and modeling from past behavior, but human behavior changes very quickly based on the perception of what is going on around. Exuberance jumps back to fear very quickly. As George Soros writes, reflexivity tends to make all our models diverge.

We’ve gotten used to measuring everything in a monetized system and economy, but real human systems are more complicated. We used to expect that people prove that they can support others before they move out into the world (that is, even before they have children). We used to assume that output or work on has value when others want it and interact it. In the “narcissistic” world of today’s self-promotion, that accounting of “social karma” (outside the monetary system) no longer seems to be required. Yet does that create another systemic risk that is going to crash down on us?

This is no small concern now. Individualism works because we have a market economy where “values” are associated with a certain confidence that others will want to use the work or output someone has created. But the inability of government and our business infrastructure to do the proper accounting of what is going on (the “Book of Numbers” problem) puts the whole value system justifying individualism at work. Are we really sure that the FDIC can always guarantee our “insured” bank deposits or that the PBGC can always guarantee our pensions in the wake of the current demographic strains, or that social security will always be paid? The end result is that we could be thrown back into social interdependence on others that breaks the whole assumption that unwanted intimacy can be turned away. Power structures (in families, tribes, communities, governments) do mean something after all.

Even so, we must start by having much better regulatory systems
Posted by Bill Boushka at 10:09 AM