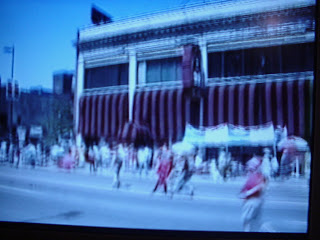 Following on to a recent blog entry about the hardships faced by traditional journalism today (battling the Internet “free content” mode), now I see that San Francisco could become the first major American city without its own daily newspaper.

Hearst has threatened to shut down the San Francisco Chronicle unless it agrees to deep cuts and turns itself around.

If the Chronicle disappeared, perhaps the Los Angeles Times would develop a San Francisco edition, although the owning Tribune company is in difficulty (below). There are other strident papers in the Bay Area, like the San Jose Mercury News.

The Phildadelphia Inquirer is also in bankruptcy (story Feb. 23 in the Business Standard), as is the Tribune Company (Los Angeles Times, Chicago Sun Times, and Baltimore Sun).

Later on Thursday Feb. 26, The Rocky Mountain News announced that it would publish its final edition Feb 27, link here. Denver is still left with the Denver Post.

Without healthy newspapers, who will keep the politicians and corporate bad guys accountable? Oh, I get it, "us" bloggers!

Miguel Helft and Brian Stelter have a tangentially relevant story about Google news ads on its own news page here in the New York Times today.

Note also: The Washington Post only prints the TV Guide to subscribers who are willing to take the trouble to request it; The Washington Times no longer prints on Saturday; and the Frederick (MD) Post will soon stop printing Mondays.
Posted by Bill Boushka at 6:43 AM