"Moral Hazard": How vulnerable are we all? 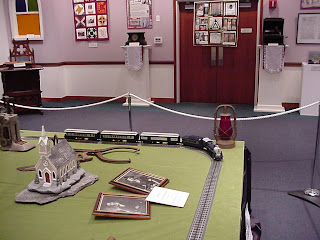 We hear a lot about “moral hazard” today, with Rick Santelli’s public rant and temper tantrum speaking for all of us.

But we’re a little bit schizophrenic about how we face many social and political issues. We often bargain in groups (after all, “collective bargaining” in the workplace, at least, is now a fundamental right, as is freedom of assembly and petition) in such as way as to obscure individual personal responsibility.

In my own thinking, one of the most disturbing elements is that others are often unaware of the “sacrifices” other people make behind the scenes, without which they could not experience their lives as they are accustomed. One of the most obvious examples, of course, is dependence on cheap overseas “slave labor.” (And think about our own American history.) Another is dependence on imported oil, or on over consuming and adding carbon to the environment in proportion to poorer people. But, far afield, there are still some irritating problems: in the workplace, the childless are often expected to “sacrifice” silently for the benefit of those with kids, and nobody sees through it. Life is a lot more complicated than a 64-square chessboard (with all of the “gambits” in the royal game), and it seems that we all benefit from hidden subsidies.

I’ve noted before, how the Far Left made so much of this as Vietnam wound down. They took aim at everything remotely “unfair”: inherited wealth, excessive salaries (Oh, those bonuses today!), and even draft deferments (only sometimes, the draft itself). A few New Age or radical books floating around in the 1970s at alternate bookstores championed Chairman Mao’s Cultural Revolution as the implementation of “absolute justice.” Even today, we find that many closed religious societies (ranging from the Mormons to the Amish) make a lot of sharing common responsibilities and “sustainability” at the deepest levels.

In fact, innovation, gradually raising living standards, cannot happen without some involuntary sacrifice. We all know this from computer automation and globalization, but it happened with the industrial revolution, and even in many other ways as diesels replaced steam engines and as airlines replaced passenger trains in many cases. But the recent financial shock seems to bring this home to roost: too often, we have promoted “bubbles” with the idea that for a while, people can get something for nothing and live beyond their means. At the same time, under extreme capitalism and hyperindividualism, business develops excessive numbers-driven, short-term focus leading to what Princeton professor David Callahan warned us was becoming “The Cheating Culture” with his 2004 book. How right he was. We’ve witnessed what seems like a house of cards collapse, after just two or three critical companies imploded. We didn’t see that the mathematical model would turn “retroviral” and exponential, and practically consume all the world’s capital.

I wonder about a loosely parallel situation with the Internet. We’ve given individuals the capability of “free entry” and instant fame, without grasping the compounding of reputational and privacy issues, and complications in the liability area. We’ve democratized speech, which seems like a welcome balance against lobbyists and special interests, but then we realize that people who really need to organize may have a harder time doing so.

What’s been the traditional way of managing “sacrifice” and karma at an individual level? It used to be, by regulating “sexual morality” through marriage. It didn’t work, but we could pretend that it did. Now, new age religious creeds warn us that we may have to “live again” to pay our debts. Next time, a lot of us could take our turns being born next time in dried up SubSaharan Africa, or in inundated poor costal lands. (Better rehearse it in Second Life.) Yet, “faith” was based on the idea that a community can never become perfectly just on an individual level if the community as a whole is to prosper.

It’s going to be wrenching, however, for a lot of us to come to grips with just how vulnerable we are, no matter how prudent or “responsible” some of us may believe we were.
Posted by Bill Boushka at 8:35 AM