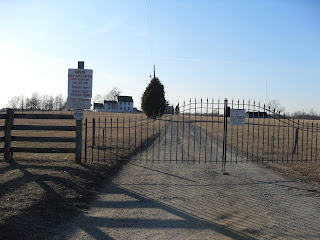 A liability insurance company for McDonalds is refusing to pay the medical bulls of Nigel Haskett, who, employed for six months at a Little Rock McDonalds, intervened when a gunman threatened a woman while entering the restaurant. The gunman, now awaiting trial and probably facing 20 years in prison, shot Haskett, resulting in $300000 in medical bills to repair an aorta, liver and pancreas. The company says “

The company said that the injury “did not arise out of, or within the course and scope of his employment.” However, according to ABC, the company and/or franchise owner is willing to pay if necessary.

Many convenience store chains have HR policies forbidding employees or clerks to intervene in anyway in robbery attempts, out of fear of liability for injuries to employees or customers. Typically employees who intervene are fired as a matter of policy.

The ABC story is by Steve Osunsami “McDonald's Worker Shot; Hailed As Hero
Former Employee in Legal Battle After Stepping in to Help Female Customer Under Attack,” link here. The story was shown in “World News Tonight”

This does seem like a test of “good Samaritan” practices (and laws). Is this just the right thing to do, or is it “women and children first”?

I had an accident in a convenience store in 1998 in Minnesota when I fell on a wet floor turning to go into the store. Their insurance company first denied the claim but then relented after I got a lawyer (who was also a Minnesota state legislator, democratic). But my employer’s health insurance company subrogated and collected most of the settlement (after the attorney, who got 1/3). I had an acetabular fracture but got back to work in three weeks for good after a new, almost untested surgery at the University of Minnesota (it took six hours, but worked perfectly, and the device was free).

The AP reports that an good Samaritan who pushed three people out of the way of a truck and was struck himself and injured was given a ticket in Denver, link here.