Knowledge Management Redux: maybe a slight change in course (for me, at least) 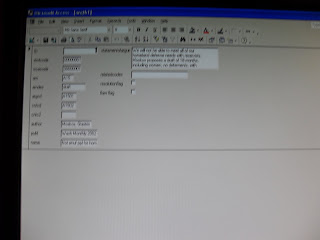 Today I took the first step, although tiny, in some possible “restructuring” of my web presence. I took some clutter off the homepage of “doaskdotell.com” and put it on a “restofindexpage” link.

Some of that material had consisted of some announcements before I had my blogs, and some of it contained the “database work.”

I’ve said before how I think my idea of “knowledge management” should work. In general, that consists of some static topical essays, tracked back (in my case) to my books; then the movie, drama and book reviews, also static, and then the “news”.

It’s the “news” items that have been nettlesome. On my own “hppub.com” site I used a news feed from a site called “rockhopper” around 2000 and 2001, and then switched to the 7AM news, which then had a free feed. I also added a technology news feed. But that second feed stopped in the spring of 2004, and 7AM stopped offering free feeds in the spring of 2005 (I don’t know what it does now). But for a while, they were very effective. I sometimes showed them off in “tube cities” (normally hardened for porn) in bars (like in the Saloon in Minneapolis) and around 2002 the news items rolling off, post 9/11, looked cool (if morbid sometimes). Yup, my site would flash a story about Al Qaeda while a few feet away a video of Justin Timberlake (still “unchanged”) singing “Bye” would cheer its way from the bar screens, and, across the pool tables, on the famous disco floor with the “Three Stages” the men would get daring once they didn’t have drinks in their hands (last call used to be early). Those were glory days.

I then played around with a “javastarter” engine hosted by another company, which seemed to get into trouble in 2006. I suppose I could do it all right with php or Visual Studio if I tried hard enough. But instead I decided to place the emphasis on blogs, and quickly found that “critical” news was breaking all the time, which I would place, on some blogs, almost daily. I could give them a spin, but still borrow from the style of “Yahoo!” and AOL with stories that grab attention – but serious matters only (Janet Jackson’s wardrobe at the Super Bowl didn’t count). The trouble is, the visitor has to look at each blog.

The right way, of course, is probably to combine them on Wordpress and really use the Category feature. But as an interim, I just have brief descriptions on the “do ask do tell” site of where the most important news items are for the past week.

The “Knowledge of Good and Evil” database has been on hold a bit (I’ve played with Visual Studio .NET and with just MySQL) but I still think it’s important. But what matters now is not just to match up “opposing viewpoints” with database codes (for correlated subqueries in relational databases) or foreign keys, but to give the viewpoints “origins” or “contexts” or even “motivations” (leading to the notorious “implicit content” problems). We need to distinguish between a conviction just based on scripture to one based on a personal value system -- say, karma, and a demand to see “absolute justice” (Mao wanted that, however), or see some kind of community where some inequality is understood as a necessary part of the “ying and yang” of the system. 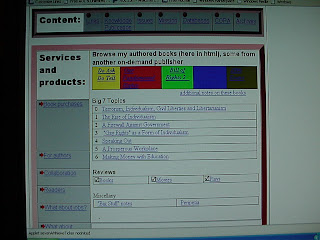