Juicy Campus shuts down: is it because of the economy? 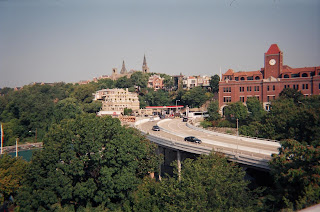 Juicy Campus announced that it is shutting down today. Despite the exponential growth in use, it could not attract of keep the investment or ad revenue it needed, according to Matt Ivester. He writes, alarmingly, “online ad revenue has plummeted and venture capital funding has dissolved” on his blogspot entry "A Juicy Shutdown" here. There are shutdown FAQ's in the blog's archive.

The Juicy Campus website was still functioning today, Thursday Feb 5, around noontime, and it forces the user to go through a terms and conditions link.

The website attracted controversy recently over the issue of “reputation defense.” Yet, the founder insists that it is the advertising environment that led to an economic downfall. If really so, that doesn’t bode well for the continued development of “free content” by ordinary users and citizens on the Web, because it requires advertising, at least indirectly, even to support the sites that don’t have ads.

A Georgetown University blog entry Feb 4 gives the story and some reactions. Ivester had spoken there in October 2008.

In fact, on Yahoo! finance today, there is a Tech-Ticker Valley Buzz column titled “The Bad News at AOL, IAC, Bloomberg, Panasonic and EA. The Good News? Cheetos Is Still Paying for Online Ads.” The article says that advertisers are still interested in “original professional content online” and mentions Ashton Kutcher (are we all being punked?) and Cheetohs. It also indicates that advertisers are becoming disenchanted with amateur content, and that does not bode well. But maybe some of this cycles back to the big bad “reputation” problem, indirectly. Here is the link for that story. There is also an important "Digital Business Live: Silicon Valley Insider" posting by Henry Blodget here, with some specific numbers, and an estimate of 20% less spending in online spending on 2009, going along with general recession.

I’m not personally seeing the “symptoms” of these downturns that media reports indicate in my own experience, but I am very concerned that the user-generated content experience be as healthful (including financially) as possible. I hope investors recognize the difference between (personal) “gossip” and real reporting and commentary, even if by “amateurs”.

There is a college talk site called Posh Society that is said to be much more sedate about what is acceptable.

On the more "positive" side, bloggers can consider offering their work for subscription on Amazon's Kindle. For example, here is Richard Sincere's Kindle link.
Posted by Bill Boushka at 9:52 AM