Fair use battle on Obama photo; Downstream liability for privacy infringement in video postings in Europe 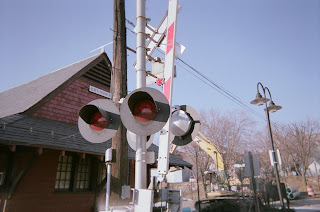 There is another fair use battle brewing over the copyright “fair use” doctrine, this time regarding an image of Barack Obama, taken by photographer Mannie Garcia while employed on contract by the AP at the National Press Club in downtown Washington.

Street artist Shepard Fairey used the photo to design a poster that eventually would get sold on Ebay.

The AP has another story by Larry Neumeister about the counterclaim by Fairey, here.

On Feb. 2, the New York Times reported on a case in Italy regarding criminal charges, here. Executives have been charged for not screening a privacy-invading posting on YouTube of teasing a boy with Down Syndrome. The case raises a question about whether Internet companies could be required to prescreen user content. There is already a civil case in the United States brought by Viacom regarding a similar question. In Europe privacy law regarding images is stronger, but this is the first time criminal charges have been brought. In the US Section 230 may provide a lot of protection.

A site called the The Privacy Advisor discusses the progress of this case, and another case in Spain where the actual content creator is prosecuted, here.

The Associated Press has created a web page "Protecting AP's Intellectual Property," with particular emphasis on the Obama photo case (with PDF for the complaint and countersuit) here. The AP maintains that licensing and royalty income is essential for the activities of journalists as part of the democratic process.
Posted by Bill Boushka at 8:58 PM