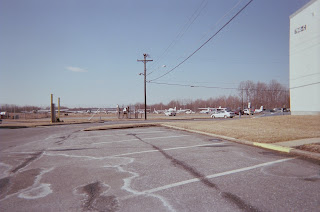 Daniel Ionescu, of PC World, has a story today about the double-edged issue of privacy on social networking sites. Specifically, Facebook has issued an update to its “Terms of Use”. The update has to do with the license that users give Facebook (or any such site) to share information. The PCW story appears today Feb. 17 here. The story also reports an interpretation in “The Consumerist” with the old “we can do anything we want” (a great line from the horror film “Bugcursh”) “with your content, forever”, link here.

An AP account run on USA Today characterizes the change as allowing Facebook to retain data and possible user's work forever, even if accounts are canceled, here.

Young Facebook CEO Mark Zuckerberg wrote a posting on his own blog explaining the precedence in his thinking. The company has to get the license from the user in the first place, he says. He says that a lot of the controversy comes from the logical paradox that results from having a user's copy and a friend's copy -- two copies. That necessitates the formal license terms. "There is no system today that enables me to share my email address with you and then simultaneously lets me control who you share it with and also lets you control what services you share it with," he writes.

However, previously, there have been comments by others about the use of “free services” generally, as to whether you “own” all the rights to your work. There certainly are practical problems with shut down of users because of mistakes by services (misidentification as spam or some other abuse) or technical glitches. It’s always a good idea to keep a copy of your postings on your own hard drive (and even back them up somewhere else) if they are at all valuable. Generally, “free publishing services” and social networking sites don’t try to resell user’s content items for specific purposes or restrict the ability of publishers to reuse their work else. In fact, for example, Google says about Blogger about the Blogger’s own content “You or a third party licensor, as appropriate, retain all patent, trademark and copyright to any Content you submit, post or display on or through Google services and you are responsible for protecting those rights, as appropriate” and makes a clear legal distinction between the publisher’s own content and the intellectual property that constitutes the publishing service itself. I would expect that Facebook, Myspace, and LinkedIn would follow the same rules. What Facebook is talking about seems to be the need to have a legal license to accept the material in the first place. Also, notice that no publishing or social networking service can warrant that there can never be any problems beyond its control.

There have also been theoretical issues about whether speakers have to “indemnify” services for possible third party liability. Some ISP’s have such provisions in their AUP’s, as book publishers do for authors. I haven’t heard of this becoming a problem “in practice”, because it would be bad business, and because US law (with Section 230 and DMCA safe harbor) generally has many protections against downstream liability (overseas is a different matter, as are some “business model” concerns with P2P file sharing). Curiously, EFF's recently reissued Bloggers' Legal Guide (discussed here Feb. 14), as far as I could see, didn't take up this issue at all.

One problem that concerns me is that I have contemplated sharing some of my screenplays or treatments in a group on Facebook. I would be concerned about the technicality of Hollywood’s “third party rule.” An agent might worry that Facebook could claim ownership of the material even though Facebook says that it “would” not. The legal parameters of both ownership (even copyright) and privacy do need to be clearer after all.

The New York Times is reporting that Facebook has "withdrawn" the "forever rights" provision of its Terms of Use. The story "Facebook Withdraws Changes in Data Use" is by Alan Cowell and the link is here. Facebook's own link for discussion of "Facebook Bill of Rights and Responsibilities" is here. It starts by saying "(1) You own your information. Facebook does not. This includes your photos and all other content; (2): Facebook doesn't claim rights to any of your photos or other content. We need a license in order to help you share information with your friends, but we don't claim to own your information" and moves on to give other points.

This posting has certainly turned into a "developing story." Stay tuned!

Well, we've all heard about Facebook's "about face". Here's a story by FoxNews Lisa Porteus Viana, "Sketchy Facebook Friends Could Haunt You Forever," link here. The story says that sending a picture or post to 400 "friends" on a "private list" is still "publishing." They give examples of "pinko Commies."

ABC News ran an op-ed by Michael S. Malone, "Facebook Scandal Version 2.0; As Its User Base Grows Bigger, Facebook Needs to Grow Up", link here. Malone talks about the monetizing issue that I discuss here on my first Feb. 19 post.

Later today, Harvard Business Online, in "Business Week", has an article by John Sviokla "What Facebook's Stumble Can Teach Your Company: Every firm will eventually have a social media strategy and all executives will face some of the same issues Facebook navigates today about who owns what online," link here. The article plays "devil's advocate" with users expect too much in a "free entry" environment, but then takes into consideration that the service would not have any value unless users own their own copyrights and can count on certain levels of integrity from the operation.
Posted by Bill Boushka at 7:51 AM