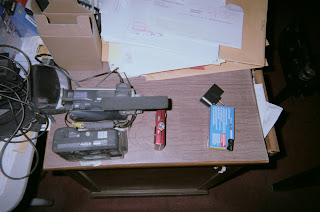 Electronic Frontier Foundation, on Feb. 11, announced that it had updated its Legal Guide for Bloggers. The best single reference point seems to be the FAQ page, now quite extensive, link here.

There are many more questions and more detail about a number of nettlesome questions, like copyright and fair use, DMCA takedown, reporter’s privilege, and particularly student and school-related questions, as well as workplace questions. The Guide, quite gently, does take up the question of “online reputation”. People need to understand that what they post can be archived and stay around forever; yet, simple common sense can go along way to prevent problems. The guide warns that one can get into legal trouble (be sued for defamation) for republishing rumors of others (I’m not sure if the republication is nothing more than giving a link).

The question on insurance doesn’t mention the more recent developments with the Media Bloggers Association (reported here in Sept. 2008). It does give an interesting reference to a column by California attorney Eugene Volokh (with his “Volokh Conspiracy”) in 2005 that some bloggers may already be covered by homeowners or even renters policies. The main limitation would be that the blogs would have to be totally non-commercial: not carry ads, and not be associated with any particularly company or say, something like a self-published book or film that would be viewed as commercial. Most “substantial” blogs that carry a lot of controversy probably are in some way commercial, at least indirectly. But a non-commercial blog, especially one that is “controversial” could conceivably create an issue for a casualty insurer. Possibly an insurer who found out about it, even without a claim, would want to drop coverage, even though I haven’t heard of this happening. (I have heard of a few cases where “commercial” activity claims were not honored.) Sometimes intellectual property tort coverage is offered with "umbrella" policies offered with high end auto coverage, a possibility that I looked at as far back as 2000. Even so, it sounds like better practice for casualty companies that want to offer this coverage to write them up as separate endorsements, which the customer could make an informed choice on whether to purchase the coverage separately. In short, media perils is a touchy issue, requiring its own expertise (and the world is short on that right now), and ought to be treated separately. This whole manner of insurance practice comes from earlier times, when sometimes people were sued over verbal remarks or handwritten letters, situations that have been explored in 19th Century English novels. One other important point would be tort reform – a rethinking of how intellectual property liability ought to work in a free entry environment (yes, we need section 230 and DMCA safe harbor). We need to remove the incentive for frivolous litigation and especially SLAPP, which EFF talks about, but generally (from my own looking at cases) SLAPP has happened with local, specific issues (often with respect to real estate developers and local politicians or sometimes specialized “pork” lobbying groups) and not “principled” national or global problems like “don’t ask don’t tell”. What I see in all of this is a lot of “loopholes” and potentialities for serious, explosive problems, many of which have never happened (except in the minds of novelists or screenwriters) but might soon. I hope that the new Obama administration will think about this problem carefully.

The Guide does discuss all the major torts, and warns bloggers that libel can exist, not only with “republication”, but also in cases where the defamed person is not even named (and therefore not searchable). The Guide does not specifically mention fiction, which has surfaced as a legal issue a few times now. But if a fictitious work mimics a real situation and defames someone, it could lead to trouble, at least in some states (like California). That is, the law does not necessarily offer bloggers or writers the "ironic privilege" of assuming that fiction automatically runs in "the subjunctive mood." There is also another issue bother schools, “self-defamation” of students and even teachers, where the speakers believe they are publishing “irony” but where administrators feel that others may be enticed into harmful behavior. Sometimes we can’t tolerate “irony” it seems. I talked about this on my July 27, 2007 blog entry.

The Guide also discusses the brief flareup in 2004 over Elections and campaign finance law and indicates that the Federal Election Commission has toned down some of the concerns that bloggers had expressed from 2002-2005.

There is a section on “Adult content” and some new material on the “Dost Test”. There is a question about the scary possibility that someone could put child pornography in a comment on a blog (possibly with a spam script), and it seems unsettled. But moderating comments is certainly the best policy. The section on “students rights” also mentions the “harmful to minors” concept explored in the 10 years of COPA litigation but here it mentions a curious 1968 case called Ginsberg v. New York. I’ll have to look further to see what this is about in relation to COPA.

I didn't see any discussion of "libel tourism", which is another problem that really needs the attention of Congress.

I had talked to EFF by phone in early January 2009 myself, suggesting an update, and mentioning the fiction issue and concerns over how insurance could play out. I’ll also mention that in the past, I’ve discussed EFF’s work (as with COPA) with more than one personality in “Hollywood” and with some sign of interest. I’m glad to see this extensive update.