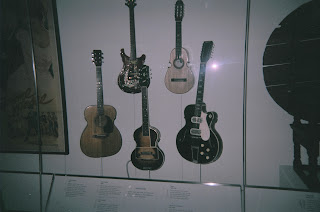 One “heard on the street” reaction to this whole financial crisis thing is that a lot of people (in this reference) “don’t know right from wrong.” That’s something we hear from the pulpit, particularly about the Old Testament. Civilization is complicated, people have to live together, and moral rules in any culture have some degree of sophistication and perhaps irony. Yup, it starts with the obvious law that you can’t get something for nothing. It reminds me of a paid ad that I saw in Discover Magazine recently about “The Law of Absolute Right”, in explaining why the Universe has consciousness and Life (in at least one, and probably many) places.

One of the biggest “moral” concerns in my own experience and underneath many of my own blog postings is one simple observation: none of us is fully aware of our dependency on others. That’s pretty close to the notion of “karma”. But it’s further: most of us don’t think about how our lives depend on the previous and current sacrifices of others, and ponder (in the sense of generativity) whether the same is expected of us.

I’ve insisted for the past twelve or so years on explaining this in my own way, on the web (as well as in my books), whether or not anyone “pays” for the material. Interdependence and karma is ultimately an individual thing or responsibility, although it is “contagious” within families and communities. Interest groups (such as political pressure groups or parties, lobbyists, or other organizations) tend to deal with unfairness among groups but not so much at the individual level. That’s why it’s so hard for me to let any group, however friendly, speak for me or represent me. Generally, in LGBT areas, the usual “immutability” arguments don’t address the “karma” problem this way, and the problem seems very hard to respond to when the matter is pursued. It leads to existential arguments already well rehearsed on these blogs.

But if certain intangible connectedness and flexibility (and even “sacrifice” of personally chosen goals) is going to be expected sometimes, that means that the “power” structure in a family or community really does matter. While self-expression can help unearth truth, socialization and the proper deployment of assertiveness can enforce right. We need both.

This affects me. From a number of parties (individuals, companies, groups) over the past several years, I’ve been approached with proposals to drop what I do and go support their partisan issues, or join them publicly as far as having a “reputation” and public identity. In some cases, I’ve been asked if I could serve as a “male role model” anyway, and I wonder how I can when the government codifies into law the idea that I am a second class citizen. Hypocrisy is a necessary evil in any civilization, perhaps.

Ten years ago, before 9/11 and all the scandals, individualism was all the rage, and a “do it yourself” attitude about everything sounded like the way to go, to prosper in an age of globalization. The “Bushie” political and social climate, with the media coverage of need on a personal level and on such a large scale, has changed all of this, and the advent of social networking sites may have worked against such absolute individualism, demanding some degree of social connectivity to “something” before one is listened to. People (like me) could very well be faced with the reality that they have to join “something” to be heard from at all. Or to prosper at all. The wild pendulum does need to be stalked.

So I’m not surprised at being approached this way, even so consistently, over the past eight years or so. I thought it was a reaction to what I do. But I see another side to it – it’s the old “recruit converts” v. “win arguments” dichotomy that we debated in the Libertarian Party of Minnesota ten years ago. Many people are wired to gain personal from satisfaction from their capacity to manipulate others – to recruit them, and convert them over to their causes (it could be to be born again in Christ). Others are wired to analyze, conclude, compose and speak, and simply be found (all too easy today, so it has seemed). They will resist letting anyone “but the right person” manipulate them. One has to earn the right to become a Manipulator, or even be born with the native ability to become one in the first place.

When people succeed in manipulating others to join them, they often tap in to a herd mentality (and that isn’t necessarily Chuck’s “nerd herd”). When something like this happens in the financial markets and there isn’t any “truth seeking” in the oversight, we can see catastrophe. I can say with certainty that I am very glad that I did not take some people up on what they offered me to join them. Imagine how I would feel now if I had partaken in selling these bad mortgages. Yet, I got calls to do just that, as late as last June, after the collapse had already started. At least, I’m not on Anderson Cooper’s “names list” for “Culprits of the Collapse”.
Posted by Bill Boushka at 2:51 PM