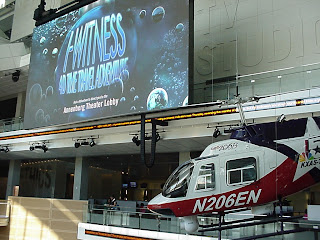 Jim Rutenberg, of the New York Times, has a series of columns about the expanding influence of “liberal groups” on K Street, in the established media, and in the blogosphere. His latest piece (“Liberal Groups Are Flexing New Muscle in Lobby Wars” just appeared online Saturday “evensong” here.

Ob Friday, Feb. 27, on p A19, he had written “Bloggers Seek Candidates to Push Democrats to Left” and compares a block of liberal bloggers to the conservatives “Club for Growth.” I'll add that I just heard Rush Limbaugh's "rant" on CNN (but I always enjoy Rush and can concur with about 95% if what he says). Rick Santelli, I guess, learned from Rush how to "say it."

It’s true that perhaps the best way for a blogger to get a large audience is to attend a political event, and get an inside scoop, pretty much as would any more established reporter. This happens more all the time (bloggers have been invited to cover hearings and trials, sometimes), and might even contribute to the pressure felt by mainstream newspapers. But, still, I rather take exception to the idea that partisanship is good for blogging. The best reporting is that which uncovers new facts, and provides links to other facts (“connecting the dots”) with original insight, but still lets the fact speak for themselves. True, it doesn’t help to provide some interpretation and remind readers of more “facts of life.”

Back in the 1950s, us kids played a board game (I believe it was from Parker Brothers) called “Star Reporter”, on a map of a fictitious civilization (with a capital Urbana) on another planet. The principles of that game apply to blogging as they do to conventional journalism. The harder-to-get-to stories earn more points.
Posted by Bill Boushka at 5:00 PM