Community, Duty v. Individualism: do they come together? 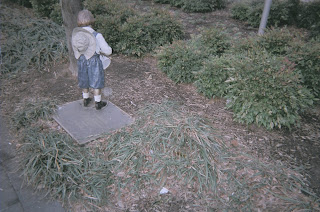 We’ve seen an evolution in the notion of personal identity and expected freedoms in the past half century or so.

It used to be that people were expected to see themselves as members of something as well as individuals. People were expected to feel attached to and proud of their biological families, their communities, and their countries, and, often, their faiths. On top of that there was the idea of “duty.” Men were expected to prove they could protect women and children (and hence, at various times, have been vulnerable to conscription), and were expected to prove that they could compete to provide for families. This notion persisted but gradually became less connected to gender. Only people who “paid their dues” had full rights in the public area, in this line of thinking, which seemed to dominate the world that I grew up in. One major component of “duty” was “generativity”: providing the next generation, and sometimes taking care of the previous one, an issue that is becoming more pressing because of demographics. Marriage (and marital intercourse) was given a lot of power, to give people status and control of others. Those who could not “compete” were supposed to remain valuable to their families but essentially stay home.

Of course, we all know how this system of social “moral values” could be abused. It could defend racism, and lead social challenge to the leadership of society and take it out of the province of ordinary people. It tended to encourage tribalism and patriarchal values.

In the late 60s, as Vietnam got discredited and the Civil Rights movement made painful progress, the notion of individualism and personal sovereignty progressed, although it had been known particularly from the writings of Ayn Rand and Nathaniel Branden. Individualism would flourish in a world run by a free market, where individuals earn standing in life based on what they can earn (in monetary terms) with their products and skills. More “traditional” or overreaching ideas of public morality became less important. Individualism could provide the most effective antidote to discrimination, which in time became “irrational” in a free market. Yet, individualism, by focusing on “market fundamentalism” (if taken to its logical conclusions) could overlook the hidden dependencies we develop on the unseen work and sometimes sacrifices of others, in and outside the family. It could fail to see the long term misuse of resources, and could, within the family, leave people stranded.

Individualism assumes that people make choices, and that the moral issues then have to do with the responsibility to follow through with choices, such as honoring contracts, and supporting children one has sired (hopefully in marriage). But older ideas of “duty” assume that many of these obligations would exist anyway.

It’s possible to “recast” individualism in terms of notions of duty that derive from outside the visible market. For example, one could suggest that one should not be heard from on the public Internet until he or she has “standing” – responsibility for others (hence, “The Privilege of Being Listened To:”). Fat chance, one may say, but over time public values could force the “market” in that direction; standing could be viewed in terms of actual financial results. Fantasy and speech both get taken as motivated by a commitment to some kind of a social result, and upward affiliation is seen as leading to a dead end otherwise.

But pressures for “sustainability” and a need for a deeper sense of personal “justice,” as exposed by the excesses that led to the financial crisis, may bring back attention to the way we think about “duty”, a nebulous “problem with no name” that has gotten shoved aside until recently. Family responsibility may be redefined again to give more formal recognition to the need to care for the elderly or children left by others. It’s hard to say how this will settle out in our newer notions of marriage and the family, but a renewed sense of individual justice may be more important than we have realized before.
Posted by Bill Boushka at 11:22 AM