Can a live rodeo be protected by copyright: another frivolous DMCA safe harbor case 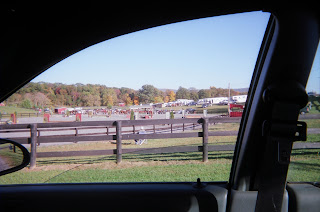 Electronic Frontier Foundation reports (Feb. 12) that a group called SHARK, (Showing Animals Respect and Kindness) has settled a potential legal battle with PRCA, the Professional Rodeo Cowboys Association. PRCA had complained about YouTube videos showing potential abuse of animals taken by SHARK activists. PRCA claimed that this was “copyright infringement”, and had YouTube take down the videos under DMCA safe harbor. However, a rodeo itself cannot be copyrighted, although an exhibitor can prohibit photography. I wonder about the same question about a video from a drama or play. It’s always illegal to videotape movies in theaters (and people have been prosecuted for that).

The story has a link to the settlement agreement, dated Feb. 4

There is also a link to EFF’s “No Downtime for Free Speech Campaign” to try to give speakers some legal leverage for getting material restored quickly after frivolous DMCA takedown notices.
Posted by Bill Boushka at 3:46 PM

I'm no expert, but I can answer a couple of questions.

Copyright protection is very broad for the arts. The actual phrase of what is not protected is "live, unscripted events". So to answer your question, live plays and dramas are protected as long as they are scripted.

The second part of what is protected is anything affixed to a media. So that covers movies, DVDs, CDs, books, etc.

If the PRCA tried to sell a videotape of a rodeo, that videotape would now have copyright protection because it has been affixed to a media.