When is does Internet speech constitute a "protected work"? Maybe this matters to employers 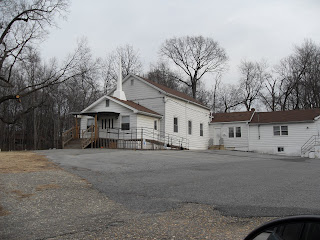 I’ve written several times before on the issue of employer “blogging policies” and the possibility that material self-published by employees under “free entry” mechanisms can cause unexpected disruptions in the workplace, as by driving away clients. I’ve also tracked the issue of “online reputation,” where employers have come to regard “free entry” as a two-way street, checking social networking profiles, blogs, and search engine references, sometimes sloppily (picking up the wrong person), often without notifying job applicants.

As I noted, I had written about this problem as far back as March 2000 on my old hppub site, sometimes getting reactions. I suggested a blogging policy that would maintain that employees in jobs with certain responsibilities (direct reports, speaking for the company in public, some agency situations, making underwriting or grading decisions about clients) should avoid free entry at all without close supervision. This suggestion in some ways was an endrun around possible censorship issues.

But around 2004 social networking sites began to take off, and employers began to look at public Internet activity as “conversational” and behavioral rather than as expressive work. Inventors of the social networking industry, themselves often college students or young entrepreneurs, probably did not realize that this would happen. They saw society as relatively open and filled with rather autonomous, educated individuals, and probably did not realize how sensitive social structures are for businesses in the “traditional” world.

So we have a situation where an employer would be tempted to say something like, “when you go online at home, please understand that anything you say is regarded as having been said in front of subordinates or clients at work. Please do not address controversy on your own. If you feel you need to take up a cause to oppose affirmative action or gay marriage, please send money to an organization that will speak for you. Do not speak for yourself on these issues. Clients will pick up on it.” I reported in August 2008 a policy like this in force at CNN. An employer will fear that clients might believe that a business professional entered the debate himself in order to seem divisive.

So that sounds like a shift from looking at the free entry issue (which is how I saw it, especially before the days of social networking sites) to not just censorship but monitoring the right to take up sensitive issues on one’s own at all, without catering to special interests, lobbying, and other outside political power structures. Put this way, I see that I have put a conservative (a la Washington Times) spin on this problem.

This is one of the most critical of our issues in democratic governance, the way citizens express themselves with respect to the issues of the day. Controversies in this area track all the way back to the American Revolution and the early years of the Union. But here, it has gotten comingled with other impressions, that political speech has gotten mixed up with self-promotion and aloofness from real participation in society’s structures (like by being interested in running for office).

The recent book by law professor James Boyle, “The Public Domain: Enclosing the Commons of the Mind” (reviewed on my Books blog on Jan. 14) proposes the idea that properly structured, copyright can actually help the dissemination of ideas by individuals by encouraging content originators to allow their content to be reproduced under “good faith” public use licenses. The copyright concept is important here because copyright law assumes that once a piece of writing (even this blog entry) is fixed in form and “published” (technically, that means given to one other person who can understand it), it is protected, subject to the fair use doctrine, by copyright law. That could mean something else, that when it is found on the web, even by an employer, it, if done well enough, is entitled to be viewed as a “work” or opus and not simply as an item of conversation. In other words, a persons published attitude toward gay marriage should be imputed to predict his attitude toward potential gay clients. Or a work of fiction about a troubling incident in a public school should not be taken to mean that the individual is likely to entice such an incident in real life (the notorious “propensity” doctrine from the military’s “don’t ask don’t tell” is related). As I post this, I bear in mind that our new president sees himself as a "writer" and content creator as well as a leader. The dichotomy is important.

In sum, employers need to be careful and forthright in how they draft off-job speech public policies. The environment has changed considerably in the past few years, and the new Administration is likely to fuel the issue further. One important factor is just what job you have: do customers know who you are, and do you make decisions about them? Not all jobs are the same. This is definitely an area fro HR “best practices” discussions.
Posted by Bill Boushka at 8:00 AM