An older case of Internet fiction leading to a prosecution (US v. Jake Baker, 1995) 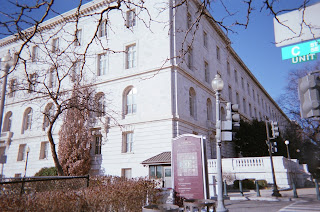 Today, in an ad-hoc conversation with an attorney about the political climate (not about any specific litigation), I learned about another case regarding “fiction” on the Internet when it leads to legal consequences.

The case is the United States v. Jake Baker, a criminal prosecution with would be dismissed in two steps. Jake Baker, at 20, was a student at the University of Michigan in the fall of 1994 when he posted a violent story on a Usenet group that made an identifiable student (whom we’ll refer to here as Jane Doe) a victim. The student was named, but there might have been a legal issue if the circumstances in the story had clearly identified her even if the name were changed. He also exchanged emails with “fantasy” involving violence with someone in Canada from his university computer. A teenage girl living in Moscow found the story, and told her father who happened to be a Michigan alumnus. The end result was the student’s suspension, and then his arrest by the FBI and prosecution, starting in Feb. 1995, for violating USC 875 (text here for transmitting a threat through interstate commerce, in multiple counts involving the story and emails.

However the charge regarding the fictitious story was quickly dropped in March, and the charges relating to the emails were dropped in June, when a federal judge ruled that they did not constitute a “threat” within a precise application of the law. Essentially, the communications don’t show real intention or likelihood of actually carrying out the activities described in the emails or threats. The June 1995 ruling is available on Harvard Law School’s library here.

Wikipedia’s summary of the case is here. But a particularly interesting summary is offered by the Timeline Theater Company toward the end of a PDF here. That document is a study guide for the play “Harmless” by Brett Neveu. Here is a review that discusses the play, (link) and it seems to be partially inspired by the “fiction” incident at the University of Michigan, although it is augmented by a subplot involving the Iraq war and post traumatic stress disorder. I will try to see if I can see the play or find a recording or DVD to review.

Cho Seung-Hui had written at least two violent screenplays before his attack at VPI in April 2007. But the screenplays don’t match the circumstances of the incident at all, but some professors were very disturbed about his writings. This was covered on this blog April 17, 2007.

A more interesting legal question could occur if the fiction story had been non-violent but had contained a character easily identifiable on campus (even with a different name) and then portrayed the person falsely as committing a criminal or undesirable act, or had invade the person’s privacy somehow. Then this might have created circumstances similar to the Bindrim v Miller case in California (1979) that I discussed on this blog on July 27, 2007, inviting a civil suit for libel or false light invasion of privacy.

The questions regarding “reading intention” into fiction or “thought experiments” in emails, or in blogs or social networking profiles, published novels, or even older Internet forums like Usenet are troubling, still. Successful prosecutions have occurred, such as in 1988 when Richmond VA police believed that a “snuff” film was about to be made. One underlying question, it seems to me, is existential. A speaker might be presumed to have some “purpose” in a public Internet posting that suggests the likelihood or some very harmful event. The law, in some states, might somehow invoke notions of rebuttable or conclusive presumption that the speaker, absent some concrete tangible gain as ordinarily understood, intended to carry out the acts or entice others to. Comparisons to “that” notorious Dateline series might be made (with regard to chat logs possibly purported by defense attorneys to be “fiction”). There is, to be sure, the notion of “eminent threat of lawless action” that might have to be satisfied for a prosecutor to counter First Amendment claims.
Posted by Bill Boushka at 7:08 PM