Obama: "Everybody will have some skin in this game": we're talking about sacrifice (starting with entitlements); means testing? 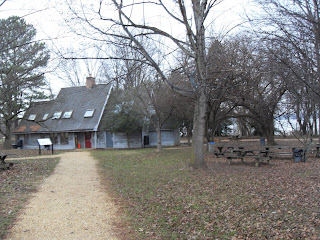 This morning, as I turned on the cable “idiot box”, I caught wind of the moral tone that Barack Obama says he wants to set up with the American people.

“Everyone is going to have some of his own skin in this game” he said.

I didn’t catch the interviewer’s identity, and he seemed to be speaking on CNN and was answering questions as to how we would pay for all to this economic stimulus package. On the surface, it sound like he was going to go after retirees with some assets – and propose cutting back on Social Security and Medicare benefits based on assets (almost like Medicaid).

Social security and Medicare have become a “third rail” but no more. Obama sounds like he is throwing the fuse. (Remember, folks, that you could cross the Long Island Railroad tracks on foot back in the 50s and had to know not to step on the rail?)

I covered this on the retirement blog last week, but the rumors seem to be intensifying. One thing we dislike about big government is making value judgments about who should get and who should “sacrifice”. It gets to be very politicized.

In fact, Harry Browne, a presidential candidate from the Libertarian Party, had written back in the 1990s that part of his vision was sacrificing some of social security entitlements and wiping the slate clean.

If you look at the Social Security website, you get a bit of a feel of a conservative spin form eight years of the Bush administration. The program is made to look like an annuity, with the FICA taxes collected over a lifetime more like annuity premiums. And, in fact, over the years (especially since Ronald Reagan’s presidency) it has become more like that.

And, to his credit, President Bush wanted to privatize social security so that it couldn’t become a target of political expropriation. One problem is the cost of paying for the “Ponzi” portion of it, for how it started. But the biggest problem seems to be the unreliability of Wall Street. Yet, a privatized program could have limited qualifying investments to much more stable and FDIC-insured or similar vehicles that protected the principal. It seems like we never looked hard enough at that approach.

Now, we are faced with the prospect of not only extending retirement ages and hiking wagebase and taxes for entitlements, but we could look at means and we could look at family circumstances, and place a lot more filial responsibility on adult children whom we deem capable of meeting it. Our whole idea of family responsibility could change back to more like what it was in the 50s, and it’s about a lot more than just raising the kids that you sire.

As things sound now during the mishmash of ideas, I wonder about my own stake, indeed. I made a big decision, to move into this kind of gonzo journalism, back in the 1990s, on the theory that with social security and pension I could go a long time without needing that much compensation for what I write. I could say what I thought was correct and not what others will pay me to say to advance their own interests. That seems to be put at risk.

I do resent the idea of “sacrifice” for “other people’s mistakes.” Why should something be taken from me to help someone who made a foolish decision and took out a mortgage they couldn’t afford? What happened to personal “moral hazard”? Of course, I know it isn’t that simple. For one thing, some people who took out these mortgages were forced to because they were forced out of rental units during condo conversions. They say, this isn’t about “justice”, it’s about “community.”

Of course, Obama will say, Bill, you need to get into “doing” and not just “saying.” (The Amish believe that, however.) One problem is that whatever I do is highly politicized.

I’ll be specific. Yes, I’ve felt a lot of pressure in the past few years to become more sociable an be willing to step up and function as an elder, senior “male role model.” I come back with this retort. How can I be looked up to as a role model or authority figure (say as a teacher, or as someone a family will trust to help them through financial instability as their insurance agent or financial planner) when federal law says that I am legally a second class citizen? I’m talking about the notorious “don’t ask don’t tell” law passed in 1993, apparently with the best intentions of “honorable compromise.” Not only am I declared less morally worthy to share the risk of fighting on the battlefield to defend freedom, most states say that any committed relationship I have is less morally worthy, and a few states have laws saying that someone like me is not morally fit to have custody of children.

If these laws weren’t on the books, maybe I would be a math teacher now (after career switching), and wouldn’t be drawing social security yet. (Oh, I forgot, we "won" on the Briggs Initiative matter in 1978 didn't we, as outlined in the film "Milk".) Or maybe after twelve years in information technology in life insurance, I would be willing to sell it now and act as an agent and protect the best interest of “real families.” But, I don’t see how I can expect anyone to look up to me that way, given the laws that are on the books. People whom I have worked for or interviewed in the past few years and stumble on this blog may concur with this statement.

Oh, and one other thing, if “don’t ask don’t tell” weren’t on the books, we might not even have experienced 9/11. We might have caught it in time.

Oh well, the computer models are pointing toward January 20 as the time for Washington to have another “Blizzard of 96”.

Obama is right about one thing. He reminds us of Perot's 1992 call for "shared sacrifice." Indeed, Sacrifice is going to come back as a moral virtue, almost replacing what we have called “personal responsibility.” But I think Obama could make repealing "don't ask don't tell" a much easier and less polarizing sell politically by combining it with the idea of shared sacrifice.
Posted by Bill Boushka at 7:10 AM