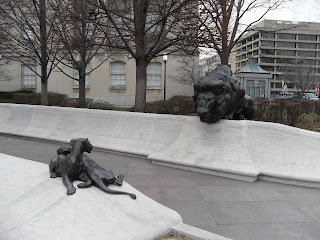 Recently I have been asked about my interest in contributions to publications or websites of other groups, and there has been more than one such question with a range of different interests.

Sometimes there has been a suggestion that some particular slant on the subject matter should be avoided, and sometimes the idea has been floated that I should effectively abandon self-publishing and do all new publishing through one group, possibly to avoid distraction for the group. Because of the way my experience with issues evolved, I cover a wide range of material and “connect dots” in ways that others sometimes find unusual. But that is part of the value of what I do.

I have often written about business conflict of interest and self-publishing, as well as “online reputation” and self-publishing, particularly with respect to job seekers and employment. As I’ve noted (most recently in a posting on this blog on Sunday Jan. 11) it’s necessary in some jobs for speakers to accept close supervision of what they write and publish, possibly going through a third party in some specified way. Some companies, especially in the media, require employees to sign such agreements.

I cannot rule out that I could encounter this situation in the future, but I do not face it right now. To make my speech worthwhile, I need the freedom to control the content of what goes out under my name, and especially the range of subject matter that it can cover, myself. I can imagine some circumstances where that could change. For example, it I were to become involved in making a film, or join a media outlet myself, I would have to agree to their level of supervision. But I would make sure that my conduct, insofar as what I say in public after such a change, still comports with my own values, which place a high emphasis on objectivity and looking at all aspects of a problem, including unpleasant or even “existential” aspects. Any such change would have to be considered very carefully. I cannot normally easily assume that any one organization or group alone can represent my values to the public.

I do realize that my material is scattered among several sites, including “legacy material” from my books, and I do anticipate “restructuring” and simplifying and making my presence more coherent and “professional” in the future. But, in my current set of circumstances, and for the foreseeable future (even if my setup could change later) I must continue to "own" the way my own writings are likely to be found on the Web, and how others are likely to perceive me in relation to other people, organizations or groups. In a very broad sense, that is what "online reputation" means. Even so, I have to admit that in the future, "power structures" and external measures of credibility may carry more weight on the Web than they carry today.

The Internet has changed the playing field, by offering people with little capital a chance to be heard and sometimes gain political or social influence. Of course, there is also a question of how any speaker “walks his own walk” and is effective as a person as well as a speaker. There is always a duality of winning arguments and winning converts.

I typically do give permission for reposting of a small number of articles. The reverse is also true. (I also repost my own letters to politicians or letters to editors of newspapers.) Keep in mind that search engine companies don’t like excessive exact duplication of content, mirroring, or, especially, “link farming”. But within reason, small amounts of duplication seem to be acceptable in my experience. Bear in mind that sometimes only one version of the article shows up on a search engine, and companies tend to follow certain preference orders in indexing.

In academic use (high school or college) papers on my sites should be attributed in a manner normally expected in academic use. There is no license granted for plagiarism or violation of normal standards of academic integrity. Different schools may have special rules in attribution or referencing of other works that must be followed exactly.
Posted by Bill Boushka at 4:52 PM