Not inauguration, but just self-instantiation (you do need Java) 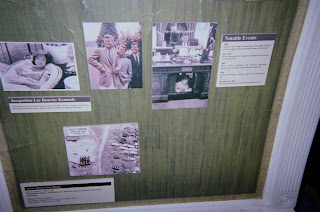 The Inauguration today brought back to my own mind a red-letter day, July 11, 1997, the day after my 54th birthday, when I “inaugurated” myself, or, shall we say, instantiated myself with my own “constructor”, right at 4:28 PM in an Annandale, VA post office, when I mailed the first two official copies of my first “Do Ask Do Tell” book (look at Jan. 2, 2007 on this blog) to the Library of Congress, as well as some other copies to other parties, releasing the book “into the wild.” At least, that’s how I saw it. At that singular moment, I became “published.” There would be about 350 copies in the first printing, and then a print-on-demand version from iUniverse in 2000 (still available). However, later that afternoon I started the phone interviews to arrange my transfer to Minneapolis (to avoid a conflict), where I would spend six very interesting years. I would give lectures and appear on cable television and attract some attention, and mix in libertarian circles, meet Jesse Ventura, etc.

I also remember the birthday, July 10, flying back to Reagan National from Minneapolis, over an absolutely clear sky, seeing everything, including Milwaukee, Lake Michigan, Detroit, Lake Erie, Cleveland, the Allegheny Mountains, the Pennsylvania Turnpike, Cumberland, the Potomac River, from 35000 feet. And I had taken the afternoon off July 11, to pick up the 300 copies from a book manufacturer at Gaithersburg MD airport; I remember driving a very loaded hatchback around the Beltway, lifting them into the apartment, and then leaving the apartment at 4:20 PM for my own private moment.

The book connects something that happened to me early in my civilian college years with the 1990s debate on the military gay ban, leading to “don’t ask don’t tell.” But it creates an existential problem: the arguments work only if you accept the idea that people come into adulthood with some “unfunded mandate” responsibilities toward others. Those who don’t compete well in certain areas (sometimes related to gender) don’t fulfill these responsibilities well. With all the optimism, talking about buttressing fundamental rights with Supreme Court opinions and amendments (and maybe a “Bill of Rights 2”) it would eventually create a personal neutron star for me. The arguments opposing DADT would lead me to continuously cover everything else online (“connect the dots” and map all the “stars”), and stretch the limits of my own privilege of candor. It would become difficult to walk my own walk. It was at least possible for me to become toxic, eventually. I would at least see why traditional social structures, irrational as some of the behavior they demand becomes, are responsible for what I have and how dangerous it is to criticize them without having a foothold in them first, which others sometimes would almost desperately try to get me to fill, if only to "pay my dues." I would be asked to show that I could become a traditional role model myself and feel that doing so would only become dishonest and play into the agendas of others.

It’s all uncertain, if not risky. Just stay tuned.
Posted by Bill Boushka at 7:50 PM