A New Year's Remark: Reassurance about my "policy" regarding identifying people or other parties in blog postings 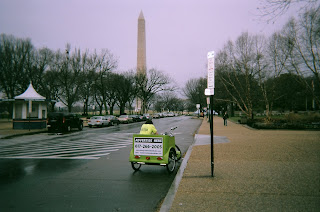 Generally, persons or companies or other sensitive entities named in blog posts have already been named in the “establishment” public media. It is true that their re-mention here can cause additional search engine entries to become catalogued for them (possibly in new or unusual keyword combinations, which sometimes are just coincidental because the keywords occur in the same posting). Generally, however, there are already many entries for the individuals involved. It’s also true that search engine results can remain catalogued for an extremely long time, when in the past the passage of time could have caused the individuals to be “forgotten” by the public. This is part of the asymmetry of cyberspace.

I don’t use blogs for “gossip” (as in the notorious CWTV show “Gossip Girl”). I don’t use blogs or sites to vent grievances against specific individuals or companies or parties, unless it is well established that many other people have similar complaints against the same parties. Against larger companies or entities (like school districts), however, I’m not afraid to make “constructive criticism” or point our legal or ethical anomalies. Persons who do business with me in any way (including employment) should feel reassured by this statement. (And by the way, I don’t go to work for some group to spy on it. But I might discuss, constructively, but with proper respect for legal confidentialities or trade secrets, issues with an entity after leaving it.)

It’s clear that many employers and other business entities are very concerned about what individuals say about them or about other people connected to them (like other clients), since there has been so much “abuse” of “reputation” by many people, especially on social networking sites. These are legitimate concerns and have already been widely covered on this blog.

On the other hand, sometimes employers (and other interests like families) are concerned about people's postings even about themselves because of more collective concerns they have about socialization and about how “impressions” could affect their businesses or other people indirectly. They will naturally be concerned about existential matters: what clients or other stakeholders might infer about the speaker's attitudes about many subtle matters, especially about people in general. That’s particularly true with business models where, as part of the job, people have to get and keep specific clients. It’s also true in other situations where role modeling is involved (teachers) or where one has authority over others. With these sorts of issues, I realize that I have to be very careful about future positions that I may seek and how I behave publicly after starting them.
Posted by Bill Boushka at 5:51 PM