Methane on Mars: Close to proof of life? Time for "Childhood's End"? 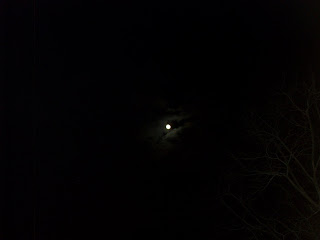 Well, the media is brimming with excitement over the discovery of significant volumes of methane in some areas of the northern hemisphere of Mars in 2003. On Earth, there are organisms that produce methane from carbon dioxide when living in reducing atmospheres. There are also some chemical processes that could produce the methane, but many scientists consider the likelihood that some kind of underground “extremophile” biological life accounts for the C-H4 to be likely.

If the methane comes from something alive, we don’t know whether it has DNA and RNA like terrestrial life. It’s likely that it somehow resembles primitive bacteria, perhaps without cell nuclei or mitochondria or other structures familiar in terrestrial cells. Although most earthly life gets its energy from the sun, some underground or deep sea life gets energy from volcanism or even radioactivity.

A typical story is on Discovery News, by Irene Klotz, “Forget the Water, Follow the Methane,” link here. The story has links to a Science channel story with FAQ’s, as well as another “ten top false alarms for the evidence of alien life,” like canals on Mars or even the “face” on Mars.

It’s possible that the under-ice ocean on Europa could get enough energy from Jupiter’s tidal pull to develop life. And possibly there could be tidal and tectonic sources of energy in frigid Titan that could encourage self-replicating organic chains to develop, in its heavily reducing atmosphere and surface liquids.

It’s entirely possible that very primitive life is very common on terrestrial-like bodies and moons throughout the Milky Way and other galaxies. The likelihood of finding many advanced civilizations, however, is guarded. There’s a lot of talk, as in the Universe series on the History Channel, of the Drake Equation.

My own hunch is that there are perhaps just a few civilizations comparable to ours in our galaxy. It really takes a lot. Any civilization that develops fiat money will have economic cycles (including business depressions) just like we do, and make all the same mistakes we do. That’s practically certain. There is a chance that there could exist at least one civilization that has mastered altering space-time. That would allow instantaneous communication (transcending the speed of light in the usual sense) and a new kind of “space Internet”. (Imagine what Google would do with that.) It may even be possible that individual beings can move quickly by altering space-time. The character Clark Kent does this in the “Smallvilles” series, and any such creature would seem “god-like.” But it’s unlikely that such a creature would look like an attractive young adult male by our standards, unless it was a “shapeshifter.” (Thankfully, Clark has a great moral sense, and that’s because he was raised by a human family.)

So, a few hundred light-years away there may exist a civilization in severe economic and political distress right now – but we can’t find out about it for those few hundred years. Or could we?

My own feeling is that a few of the supposed alien encounters are real (Oliver Stone really should make his own “Roswell”) and that there have been some government cover-ups. It’s likely that such aliens have somehow mastered “space-time”. One can imagine a sci-fi channel or Ion movie where an alien civilization blows up an EMP device in the upper mesosphere and forces us back into the stone age, very suddenly. On paper, it could happen. Or there could be some kind of “alien 9/11” which would probably be more like the 1980s film “V” than “Independence Day”. It would be interesting to wonder how the earth really would respond to a limited incident but one that could no longer be covered up. “The Day the Earth Stood Still” doesn’t quite cut it. I still think that Arthur C. Clarke’s “Childhood’s End” would make a great movie.

The religious idea of heaven makes some sense. It could be a specific “place” in another dimension or parallel universe, accessible through “branes” (managed by a civilization that has learned to master them). But, in terms of existential philosophy, it is still a “world” that exists “somewhere” and it does have a “geography.” So, we’d better watch out. Clive Barker explored some of these ideas, about different worlds coming together in a “reconciliation” in his epic fantasy novel “Imajica” (where Heaven is essentially “The First Dominion” beyond “the Erasure”) which would make a great movie, too.

So, I say to Warner Brothers, why not resurrect New Line and make “Childhood’s End” and “Imajica”. Or maybe somebody else (like Lionsgate) is already considering these projects. But it’s all speculation. Maybe a visitor knows. Trouble is, it would be a “trade secret” for any studio, given their “third party rule.” But we'd better get these movies made before the aliens get mad at us. They will expect or accept nothing less of us.
Posted by Bill Boushka at 1:35 PM