IndyMedia case in 2005 brings out some issues with grassroots journalism 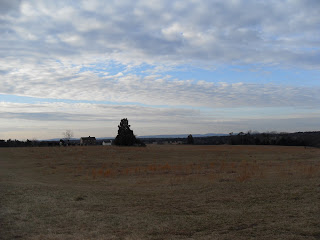 There is a complicated case that the Electronic Frontier Foundation still has a complicated story on, the IndyMedia (or Independent Media Center) server take down in 2005. IndyMedia (don’t confuse it with the IndyMac bank!) is a confederation of grassroots media sources outside of the normal corporate state – adding a lot of depth to what gets covered in the news outside of official channels that, for all their journalistic professionalism, still sometimes seem to walk partisan lines a bit. The main EFF story with its many sublinks is here. Much of the work was managed by a company called Rackspace in San Antonio, TX, and in the summer of 2005, a US Attorney in Texas subpoenaed the company over allegations of violations of the laws of Italy. There is also a posting on “Democratic Underground” ("Information Highway Robbery") from Oct. 2004 that maintains that the Indymedia seizure could be related to controversies involving Diebold election machines and software, here.

Rackspace arrangements are common with many smaller media companies and smaller ISP’s, which often rent rackspace from other companies, small to large, in the “server farm” management business. Over time, these sorts of companies have tended to become consolidated. I was served by an arrangement like this during my first four years on the web.

The problem is that in some cases a whole arrangement of servers can take down a whole range of small businesses if some allegation is made against one of the businesses, of if it has attracted hackers. It seemed in this case that many of the allegations were fabricated and related to desires of some governments to keep certain matters secret. It doesn’t matter here what the specifics were, just that this sort of grass roots operation faces this exposure of attacks, perhaps illegal, from larger interests with turf to defend. There are a lot of complicated issues here that can affect the outcome in both directions: Section 230, DMCA safe harbor, child pornography reporting laws, Internet gambling and money laundering laws, and the like.

This hits at the asymmetry of journalism now. Amateur or grassroots journalists may, in practice, be as likely or more likely to uncover enormous problems or threats that the mainstream media misses or doesn’t report. They may attract valuable tips that aren’t provided to more established reporters. They certainly increase the transparency of information and accountability of those in power. But one problem with grass roots journalism is inherent in its very nature: it is often based on idealism rather than on having concrete personal accountabilities to others, and may attract negative attention from those who feel that the amateurs are meddling in things beyond their own personal business.

I don’t see a lot about how the Indymedia matter was resolved, but it looks like most operations were restored relatively quickly. Other visitors may be able to supply details.
Posted by Bill Boushka at 4:19 PM