Fox causes Progressive Illinois YouTube channel to shut down under DMCA: what about "fair use"? 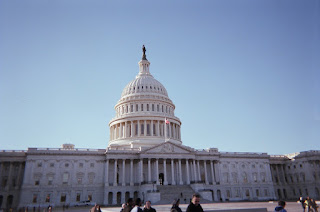 The "Progressive Illinois" YouTube channel has been shut down after three copyright infringement complaints were sent to YouTube by Fox News, under DMCA. There were up to three videos (about Beavers, Blagojevich, and Axelrod) and embedding in a blog post, which many legal scholars indicate may have been fair use. If the visitor tries the channel, he or she will find it to be suspended.

Generally, many owners of video or film property have been very strict on the use of the material, often maintaining that no unauthorized clips are fair use, although that sounds legally questionable. Film studios rigidly control what they release in trailers or previews. It seems as though the Fair Use doctrine has probably been applied more liberally with respect to text than to video.

On the other hand, television networks often explicit permit bloggers to instream specific content from their shows, as NBC often does with specific clips from “Saturday Night Live”. As a practical matter, it would sound as though limited dissemination of video in blogs could increase the potential revenue generating audience for a show.

One wonders if this particular dispute about Fox is somewhat politically motivate. The Citizen Media Law Project has a story here, dated Jan. 6, 2009.

Theater chains and media companies have been vigorous in acting against illegal camcording in any amount, sometimes arresting and prosecuting people camcording only seconds of a film, as happened in Arlington VA in 2007.
Posted by Bill Boushka at 8:10 PM