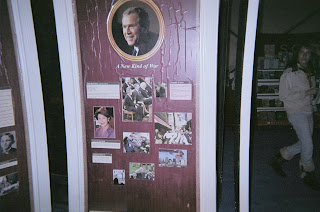 Once again, Facebook is in the news with a little controversy. This time, it’s something out of John Grisham’s “The Firm”, perhaps. Supposedly, the latest controversy (after the breastfeeding flap that made Dr. Phil this week) is the presence of discussion groups about the Sicilian Mafia (and that’s not the Sicilian Defense, the chess opening). It’s not clear if they comprise Mafiosi, or are just about the Mafia. In this world of implicit content, it’s not always clear which. A few items of Mafia-related content were taken down because of TOS violations.

What’s interesting is that a hugely successful company started by techies who hadn’t even reached 21 has, in a few years, had to deal with the most sensitive public concerns. And it seems to behave almost like any major company.

There have been some concerns about user-generated applications and privacy settings, and surprises, and some retrenchments. But the biggest surprise is that, as with Myspace, the company’s founders probably didn’t see how employers, colleges, and other business interests would want to use it to “check up on people” (the online reputation problem). Other problems have included terminations for “overuse” within short time periods that seemed to imitate spam but that turned out to be legitimate.

Here's another wrinkle, by the way, in "reputation management" that I've never mentioned; you can use Google Alerts. It got mentioned on ABC's "The View" Jan. 23.
Posted by Bill Boushka at 7:50 PM