Communities form their own notions of "public morality": when does it become really public? 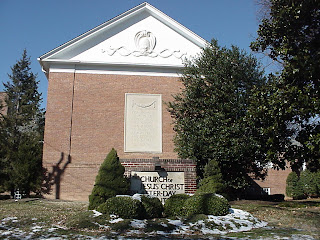 A lot of times on these blog pages I’ve walked through what seem like “moral principles”, but is seems like we live in an open society where different peoples live under different “principle sets”. Typically, people who live by the mores of one culture are not aware of the values of other cultures that co-exist, or do not want to be aware of them.

Remember your Philosophy 101 – how do you know what is “right”? You have to know to ask the question.

On my movies blog, I’ve reviewed a couple films that demonstrate the moral values within other cultures – the Amish, and the Hmong. These stand in marked contrast to the intellectualized individualism that we have gotten used to. That set of values focuses on personal autonomy or sovereignty, fundamental rights, privacy, self-expression (including public), the right to control one’s intimate relations (along with a strong notion of “consent”), property rights and contracts, but, on the other side, perfectionism and accuracy in work and in conducting one’s affairs (including the responsibility to honor voluntary contracts). The values set depends on equality and impersonality in the application of the law, and sees values as expressed through a free market. “Harmlessness” and market fundamentalism seem like key concepts.

The growth of technology and the Internet supported and developed these values, especially in the 1990s; but the media, with its increased economic efficiency, has somewhat turned the tables, showing and accelerating the exposure of the weaknesses of “market fundamentalism” (the financial collapse), and the vulnerability of so many people in a culture that has more hidden interdependencies than we want to admit. “Sustainability” has suddenly become an important moral buzzword.

Yet, the more communal and sustainable value sets have always characterized many of our subcommunities, especially those based on faith. The Amish may provide an extreme example of psychological communalism (which is not the same as communism): an emphasis on the identification with the family and community (even discouraging too much “efficiency”) so that the individual does not have to compete to cover up his own personal (and “diverse”) weaknesses. The community also emphasizes real community self-sufficiency, so it isn’t vulnerable to disruptions from the outside world. (That can be deceiving; only a technological and global society could stop an asteroid.)

In these communities, there tend to exist a lot of prohibitionistic rules, especially about sex, confining it to marriage, and also protecting the value of life of every person in the community (unborn, elderly, disabled). The usual justification is scripture. The rules used to apply to society at large but have often been repealed. But if you want to be a member of the community, or perhaps even do business with the community or its individual members, you have to respect (or even follow) its much stricter rules. In some ways this comports with a “libertarian compromise” on issues of what we now look at, with some distance and askance, as “public morality.”

One point that strikes me is that one can propose “secular” rationalizations for these kinds of rules. They have to do with moral notions more removed from visible harm or “consequentialism”. They address issues of “justice” at a profound – and existential -- level, going way beyond what a market based on fiat money can reach into areas of “karma”, trying to force citizens to be aware of the hidden sacrifices of or risks taken by others. (I think that can lead to some pretty interesting sci-fi speculations about how political economies of civilizations on other planets are likely to work; the prospects are not pleasant.) Sometimes these moral systems focus on particular streams of rationalization: if you want full participation in the world on your own, you have to participate in taking on the “risk” and cost of procreation (within the family). Once you take -- "choose" -- the responsibility of family (within marriage), you have the power -- and necessity -- to allocate familyd duties to those who didn't take that dive. If you are disabled or at least not particularly competitive, you may have to accept your dependence and live for the sake of the group or family, which must take care of you – partly because everyone has problems to overcome, and we can’t make exceptions. Or, you may be able to justify having more than others if you are really “good” enough. Totalitarian systems (including both fascism and communism and to some extent radical Islam) implement variations of these ideas – which really stem from secular social motives – on whole countries and societies. But smaller communities, often religions, often taken on some combinations of these ideas. Often members of the communities are unaware that others think differently about these matters

The moral teachings of various subgroups in our society can affect our thinking as our new social problems, driven by demographics and by our difficulties in managing the risks or uncertainties in a totally laissez faire “open society”, as well by concerns about sustainability, become more apparent through the media. True, these subsocieties are often turf-oriented and fight among themselves, keeping injustices at group levels and under political control. At the heart of the new moral crisis seems to be a question of self-definition, incorporating self-expression. People want to be their own selves first, and express such. Yet they may find that they have to accept more interdependence with others – even at some emotional and intimate levels – than they could have conceived even ten years ago.
Posted by Bill Boushka at 4:43 PM