Attack of the Schizoids 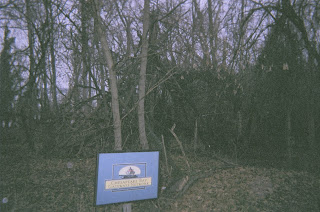 Back in the fall of 1962, when I was a patient in the “mental ward” at the National Institutes of Health after my college expulsion (I’ve given more details about that experience elsewhere), I saw some paperwork that offered a tentative diagnosis of “schizoid personality.”

No, it has little to do with schizophrenia. It’s a frightening and negative sounding word. But what it means is extreme focus on personal sovereignty and in controlling one’s level of emotional involvement and commitment to others, according to one’s own volition. It corresponds to the notion of “unbalanced personality” (feminine subjective or masculine objective) in the Polarity Theory.

Wikipedia’s entry is well worth reading but so is the referenced article by Allison J. Himelick, “Oppressed Group: Schizoid a Personality, not a Disorder” from December 1997, link here. Also look at the article in the New York Times ("Mental Health & Behavior" column), by Richard A, Friedman, MD, from Nov. 21, 2006, “Like a fish needs a bicycle: for some people, intimacy is toxic”, link here.

Schizoid personality may have some kind of clinical relationship to Asperger’s Syndrome, at least in milder forms. But what it really sounds like is a natural outgrowth of a culture that emphasizes globalization (“world citizenship” rather than family loyalty), technology, apparent self-sufficiency, and independence. We have a world where (like Phylos the Tibetan) people live part of their lives “on another planet” (cyberspace, not yet taken seriously by the History Channel’s “The Universe”). There’s a new paradigm for society, particularly popular in some parts of the male LGBT community (especially after HIV) that one must become one’s own person first – quite publicly, now – and then have an intimate relationship. And more and more people (men especially) find that this model really does work – for the individual.

The problem almost sounds moral, then. Because we grow up in societies that offer unconditional loyalty and intimacy – the family. (Sorry, not everyone does, not by a long shot; but that’s the idea.) We have a world where many people (not just children) actually need some kind of continuous social intimacy in order to survive. And with a culture that now encourages a certain aloofness, spending time alone to mature, more of the people who created us are left alone. The schizoid person does not need the intimacy himself, but others around him need it as payback. If the schizoid draws public attention to his own views and idiosyncrasies but remains aloof and indifferent or "harmless" with respect to the emotional demands of others, he is perceived as "aggressive" by default.

If we watch the social behaviors of “higher” animals – carnivores and primates – we find a lot of variation in sociability, even within species. All animals that use intelligence and problem-solving to feed and shelter themselves experiment with different levels of social interaction. (I think there is a book titled something like “All Cats Have Aspergers”.) It should be no surprise that among human beings, extreme ranges of sociability or clinically normal and occur frequently, and that human sociability could evolve (or “devolve”) over time.
Posted by Bill Boushka at 9:03 PM