Too many careers require social posturing: Have the Power before being heard from? 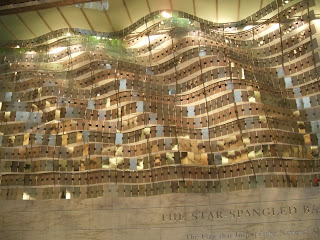 Back in the spring of 2005, while I was still substitute teaching, I was approached by a recruiter from New York Life to become an agent. Apparently my twelve years in life insurance in information technology as an individual contributor attracted the recruiter, because I would be able to hit the ground running with the business knowledge.

I also received a similar inquiry from Humana. Getting a license to sell life insurance normally requires a quick online course and a multiple choice test.

But the New York Life situation could lead to becoming a financial planner. That requires an SEC license and much more training, although NYL would have provided it. Although an agent receives his or her income from commissions (including renewal commissions), the company said that it offers new agents a “training bonus,” but with a supposedly legally required proviso that the agent have no other outside income.

There were a couple of other approaches. In 2003, while I was still in Minneapolis, PrimeVest approached me about an operation involving converting people from whole life to term.

In another direction, HR Block approached me about taking the tax preparer course and then working the 2009 season as a new tax preparer, but it would start at about $8 an hour for part of a year. It would take multiple years of commitment to get to the point of much income from it.

These opportunities by and large do sound legitimate. I also received other calls about obviously less legitimate opportunities, at least one of which involved selling subprime mortgages, even well into the bursting of the housing bubble.

I’ve had the experience from the other end. I get calls from financial planners wanting accounts. I’m not usually eager to receive unsolicited calls for services, or be approached door-to-door, or even in public. Yet, I know that times are different now than they were a couple generations ago, when social contact and approaches were more valued for their own sakes. Telemarketing used to be much more socially acceptable than it is now.

Most of these jobs require building up of “lead lists” and the ability to bring in business through social manipulation of others.

This concept needs to be parsed. A professional should always be able to communicate his or her work to others, and that would be true in financial services or sales. But the social posturing is about something more. First, it now involves a public presentation of the self, which would involve online presence to promote the purpose of someone else. But it also has to do with participation in a community that places a great deal of social value of familial relationships in which, in my case, I have not personally participated. I do not believe in my circumstances that I can present myself as someone who “takes care” of other “families” in this social context. (It’s interesting, however hollow, that the NYL application did mention sexual orientation as an area in which it does not discriminate. Perhaps this is self-discrimination or self-exclusion.)

Temperamentally, I am much more interested in getting the facts about issues and presenting them, and letting the audience find me. That often works in the Internet world, but I understand that some people object to this model, and believe that someone should “pay his dues” by achieving some kind of social, political or familial status before earning “the privilege of being listened to.” It can turn into an existential argument with unpleasant endpoints. This idea could eventually affect the business models of Internet companies or even have legal effect. It seems like a profound ethical and spiritual matter. But it seems that various parties have picked up on this, and are trying to get me to play their game instead of mine. If I did, I could no longer have my own public voice.
Posted by Bill Boushka at 6:02 PM