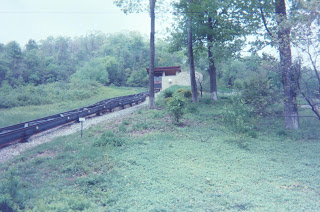 The music industry, particularly the RIAA, has finally listened to “the people” (or “das Volk”) and is abandoning those sudden telephone lawsuits (pardon me, settlement demands) that strike unsuspecting parents or spouses in the middle of housecleaning chores.

Instead, the RIAA has worked out agreements with ISP’s, which will send customers warning emails. It’s like to be a “three strikes” policy (sort of like the notorious three “do not sends” for substitute teachers that I’ve gone into before here). After a second warning, a subscriber might get slower speed, and finally complete shutoff.

Lawsuits will not go away completely, for extremely heavy abusers, but they should decline.

There is a story in the Wall Street Journal by Sarah McBride, Ethan Smith, and Arnal Sharma, “Music Industry to Abandon Mass Suits,” link here.

The Electronic Frontier Foundation, in a web article by Fred von Lohmann, points out that this scenario still bypasses reasonable due process. A user could be “blacklisted” from using the Internet at all, in a way comparable to conditions of probation or parole after a criminal conviction through normal legal due process. The process is already in use in Europe and has been called the “digital guillotine” (rather like the “digital national razor”). The EFF news story is here.

Von Lohmann has a paper (PDF), “A Better Way Forward: Voluntary Collective Licensing of Music File Sharing,” link here. The music industry would for collective licensing groups that would offer subscription for file-sharers and share revenues with artists.

Wired has an important blog entry by David Kravets about RIAA lawsuits still in the pipeline, "RIAA Qualifies Statement on No New Copyright Lawsuits," link here.
Posted by Bill Boushka at 6:59 AM