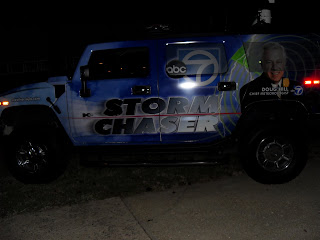 On the NBC Today show Sunday morning (Dec. 7), there was further advise about “online reputation” and employers. The basic point is, “it’s public information” and
“since it’s digital, it’s permanent” and because of these factors people need to manage their online reputation just as they do (or did) in the real world. We’ve heard a steady stream of this for three years now. (I can't find a link for the story yet.)

One of the most troubling aspects of the “online reputation” issue is that, when something “happens” there’s no recourse, there’s no chance to face an "accuser." Employers don’t tell applicants or employees that they “check” online. One may even be confused with another person and never know about the job opportunities lost. There is the opportunity to offset negative reputational elements by creating your own profile that search engines will put on top (like Liked In), and employers are starting to realize that this is what you want them to see, first at least. But, compared to problems in the physical world, the lack of ability to know the “charges” is particularly troubling.

Or is it? My whole college expulsion problem in 1961 started with real world “rumors” and reputational issues that I simply never contained. (My father says, “we have to worry about what everyone thinks.”) In 1968, while in a posh assignment in the Pentagon as my first permanent party duty station in the Army after the draft, I was “mysteriously” transferred without resource.

On the other hand, after the online “fiction” 2005 incident when I was substitute teaching (as I described on the July 27, 2007 entry here), I eventually had to stop teaching without any real airing of the facts even though I know from the gumshoe evidence that legal sources within the school board itself agreed with me as being within legitimate First Amendment rights. The debate on the problem that needed to happen stopped, and discussion of it within the school system simply "froze up" as did any plans on my part to become a teacher. (I never was fired; I just didn't continue.) We simply do not have the ability to resolve novel, ambiguous problems like this outside of expensive and time consuming and risky formal litigation.

The advice this morning (with Matt Lauer asking) went into the fact that some of the problems are really tricky. For example, videos of photos from parties can be tagged, and some people draw conclusions about “you” from the people you accept as Myspace or Facebook “friends.” I’ve heard that before: you are known by the company you keep. Am I supposed to worry because, in Facebook, there are a lot of middle Eastern names attached to me because of the screenwriting group that I joined? I think that this kind of observation, if real, is going too far.

The other major fact in all of this is that “reputation” is so dependent on the belief system or the beholder, not just the speaker. Many reputational issues have less to do with objective wrongdoing than with “soap opera” issues: family reputation, or the idea that a power structure within a family or business has been breached. It’s difficult for many people, especially from earlier generations or from certain religious cultures, to separate this perception from narrower meaning of right and wrong that have become more accepted in the age of modern individualism. Online, for businesses sensitive to client attitudes, this can become a big problem.

The Internet has given “ordinary people” the opportunity to become “visible” and “famous,” a value that can be as enticing to some people as money. But “fame” alone doesn’t pay the bills (until it “pays its dues”). Some people don’t like the idea that one can draw public attention before one has learned to be responsible for others (as with marrying and having one’s own children, or taking over dependents in some other fashion), and fear that reputational issues with someone online can reflect on others are draw danger to others. (That’s closer to the soap opera world. I took this up on my original site in a 2005 essay “The Privilege of Being Listened To", here, and have gotten some response.) Possibly, in time, this sort of observation will become more important to the business models of companies that offer profiling and publishing services, especially as we come out of economic downturn. One can imagine even that some day landlords would become concerned that a person’s online content shows evidence that as a tenant the person could attract dangerous parties to the property and endanger other residents. (LGBT people worried about this forty years ago.) The same observation could become relevant in property and casualty insurance. What seems so disturbing here is “novel uncertainty.” Compared to a few years ago (when personal Internet activity really was still seen as just “harmless amateurism” , the business community may now become apprehensive about a new “risk” (actually “uncertainty”, a different concept) that is has no idea at all as to how to anticipate or calculate. We’ve mentioned this before with respect to blogger media perils insurance. These may be just red herrings and hot air, or they may be more serious. The advent of social networking and the national media sensitivity to a few sensational incidents has changed perceptions. In a nation of 300 million people and a global world with such sensitive religious and political problems, I guess such a hype propagation is inevitable.

There’s more on top of this. People invent themselves publicly on the Internet partly because they mistrust employers, who dump them “at will”, and people don’t like the favoritism of union or other collective activity as just “special interests.” Now, employers, with all their gall, act like they want to turn the Net into a tool for social conformity. Employers do, on the surface, seem to have the upper hand in a weak market and seem to be urging us to play defense with personal materials on the Internet (that is, keep personal Internet presence strictly "professional"), but seem in some ways to be responsible for the current mess with weak, deceptive business models. Look at the behavior or the car manufacturers, and of the investment banks. But, after all, they are made up of us.

Reputational issues are bigger than the narrower ideas like trade secrets and conflict of interest that the legal system does know how to deal with. As I said before, it’s important for the Human Resources world to get its act together and come up with best practices. Employers need to design new places to “draw the line.”
Posted by Bill Boushka at 6:48 AM