More on financial planners, agents and brokers: when is there a "conflict of interest"? 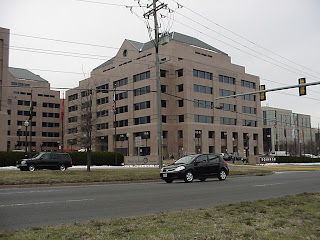 The Washington Post today, Dec. 14, in the Business Section, p F5, in a syndicated feature called “Your Money Help Desk” has an article by Nancy Trejos, “Finding the Right Person to Provide Advice,” link here. She talks about someone having a “broker” for a number of years, and then needing a financial planner. In this person’s case, the broker had become a certified financial planner and the person was considering using the individual in both capacities.

There can be inherent conflict of interest for financial planners now, especially if their compensation is “fee-based” or if they are effectively brokers employed by financial institutions. This article on “Tough Money Love” (link) recommends hiring a “fee-only” broker.

It’s important to look at the terms “broker” and “agent”, starting with the Wikipedia entry for “broker”, as simply “a party that mediates between a buyer and a seller.” The whole topic of regulations regarding the employment of brokers, agents and financial planners is confusing. Agents have to have SEC licenses to sell various securities, and there are certifications. However in many areas, according to the Tough Money article, regulation is lax, a serious matter in today’s financial crisis. However, when I interviewed the possibility of becoming a life insurance agent in 2005, I was told that agents, in some circumstances, could have no other income according to Sarbanes-Oxley (text of law). That 2002 laws is here, and Section 604 indeed gives “qualifications of associated persons of brokers and dealers”, with confusing language that refers to earlier laws. In some cases, it seems, one may not act as a broker and independent agent at the same time because of the conflict of interest. That is, some, but not all cases. The picture is quite confusing and may be another factor in the lack of transparency in financial markets leading to the current crisis.


AARP Magazine mentions (in the December 2008 issue, p 28) that New Jersey has passed a "Predatory Annuities Prevention Act" that prohibits agents selling annuities from pretending to be "senior financial advisers" or some similar title.

I’d rather be an analyst who researches things and publishes them for everybody, rather than the point man to handle another person’s finances or insurance as “professional” paid on commission.

This morning NBC “Meet the Press” has been discussing a distantly related problem, “pay to play”, more relevant to political campaign finance reform (which has affected bloggers before, as I’ve covered) but also very pertinent to “conflict of interest.”
Posted by Bill Boushka at 7:44 AM