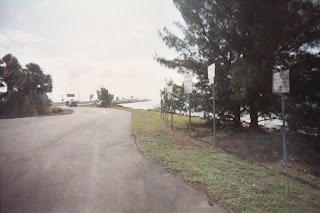 On the NBC Today show on Dec. 22, 2008, Matt Lauer interviewed Jesse Grund, accompanied by his attorney. The video link for the interview is this. The early part of that link has a report by Kerry Sanders about the progress of the Caylee Antony case (with her mother Casey Anthony).

I’m leaving the details of the criminal investigation in Florida to established media sources, as the “true facts” will change constantly anyway, but one feature of Grund’s appearance was important. Grund was reportedly an ex-fiancee or ex-boygriend of Casey. The NBC video report emphasized that Grund has been cleared by police of an involvement in the case. (Remember, we’ve seen this sort of situation before with criminal investigations, such as with Fort Dietrick and Olympic Park in Atlanta, where persons of interest or suspects were named by the FBI prematurely.) However Grund stated in the interview with Matt Lauer that his history with Casey will follow him around on the Internet through search engines forever, and he said explicitly fears it will affect him getting a job.

Internet searches on him (along with “Casey Anthony” in joint searches) reveal many fragmentary references to the case that actually give little information about him. Some appear to be from questionable sites (at least according to McAfee).

That’s an aspect of “reputation defense” that is overlooked. Since the Internet stores information essentially permanently and information is so easily created, impressions or associations of people to events that normally are “memories” and sometimes get forgotten with time remain. This seems to be a different problem from defamation or libel in the usual sense. This is more a case where true facts that are already public in nature remain visible and are easily misinterpreted.

Statements are not always important just because of the literal facts contained, but also because of the contextual meaning people give them. In Grund’s case, the online publicity comes from the fact of a normal adult relationship that he had. This could happen to anyone in the aftermath of a relationship, straight or gay. Reputational effects of statements, that grow into “Gossip” (as on the show “Gossip Girl”) were always an issue, even long before the Internet made publishing of both facts and rumors so easy. My expulsion from William and Mary in 1961 (see Nov. 28, 2006 on this blog) occurred because of a statement made to the Dean of Men by me that was factually true but literally harmless, and I made that statement because of the history of verbal rumors spreading on a closed campus during the social climate of the McCarthy era and Cold War. The effect of rumor in such an environment (or in a typical high school) can, in a meaningful way, be as important as Internet rumors are today. Nevertheless, the challenge that my statement (to the Dean) made to people’s sense of ease with me (as the College viewed it prospectively) in a crowded dormitory environment made my continued presence unacceptable. (The United States military has to deal with the same problem today, which is part of the argument of my book.) I’ve chosen myself to perpetuate the story on the Internet as well as books in order to participate in a political debate, but it has been hard on me (look at what happened when I was a substitute teacher a few years back) and others. Reputation is a complicated and ambiguous topic and it only gets murkier everyday.

Matt Lauer should have invited Michael Fertik to participate in the NBC interview.
Posted by Bill Boushka at 7:07 AM