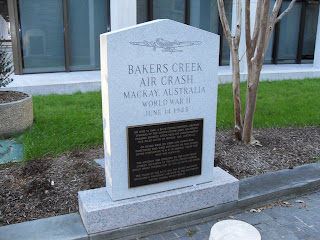 Barack Obama will indeed take office in a dangerous world. Perhaps the world was just as dangerous on Jan. 20, 2001, but then we didn’t quite know it; we merely suspected.

(1) The single biggest threat is a terrorist attack, in the United States or somewhere in the West (or in an oil-producing country) with nuclear or radiological weapons. The highest priority for the administration must be securing all radiological materials around the world, particularly the former Soviet Union, and in unstable countries (mainly Pakistan), as well as lassoing North Korea and Iran. Personally, I think an incident with radiation dispersion is much more likely than an actual nuclear blast, but an electromagnetic pulse incident could become a grave threat; some conservative commentators have said that EMP is the one way the United States could actually be “defeated.” Fortunately, radioactive materials (outside of certain materials in hospitals) are (appropriately) hard to get (although there are numerous accounts of clandestine activities like those of A. Q. Khan), and nuclear devices are actually difficult to build without the resources of a government, and existing (stolen) devices would be very difficult to actually use. Everyone concerned about this problem should watch the film “The Last Best Chance” from the Nuclear Threat Initiative.

(2) The next biggest problem is a pandemic, whether manmade (as the small anthrax outbreak in 2001) or (more likely) naturally occurring as with avian influenza, or perhaps some yet undiscovered retrovirus. The “mad scientist” paradigm from the movies (or from 2001) exists, but fortunately is very rare. The greatest threat could come from out-of-work scientists disgruntled by economic depression (as in Russia or Muslim countries), and conceivably some of these would work for groups like Al Qaeda. (This was the biggest concern of the Commission on the Prevention of WMD Proliferation and Terrorism that predicted a better than 50-50 chance of a major “incident” by 2013.) The best protection for the public is vaccine development. The greatest hindrance to successful vaccine trials is the regulatory structure and liability concerns. The next president and Congress must overcome these hurdles and get vaccine work going again. I think a vaccine for HIV is possible, and HIV is made much of Africa politically unstable.

(3) A number of natural “mega-disasters” as in the History Channel series are conceivable. The most likely is probably the earthquake (the “Big One”, which can occur in the Midwest as well as the West Coast, or even the East Coast), or future super hurricanes. We probably are getting close to having a good handle on how to intercept incoming asteroids or comets. Some of the other hazards are exotic (like methane eruptions). The possibility of a huge East Coast tsunami from a Cumbre Vieja earthquake and landslide in the Canary Islands exists and could call for engineering studies on a way to prevent such an event.

(4) The next big problem is a compound one: Climate change and peak oil. The debate goes on about these (as covered in these blogs) but in my own mind there is little doubt that they are “real”. We should not be fooled by the temporarily depressed price of crude oil; it will explode again. That leads to questions about “sustainability” and even social structures, as well as the effectiveness of normal free markets. While punitive measures like gasoline taxes or rationing or “personal carbon footprint accounts” come to mind, the optimistic strategy is to regard this problem as part of the next one, infrastructure.

(5) I don’t know how we will pay for bridges, roads, rail, etc. with Weimar money, but it seems like we have no choice. But along the way we ought to develop Thomas Friedman’s “energy Internet” and develop a transportation infrastructure that allows the use of hybrid vehicles even in low population areas. There’s a natural synergy between the Energy Internet and Obama’s ideas about extending broadband everywhere as a basic utility.

(6) The demographic strains of an aging population, along with all of the funding problems for social security and Medicare, will eventually (and sooner, rather than later) present another financial crisis. There will be enormous pressure to enforce the concept of “filial responsibility” or “filial piety”. A society that has grown used to the narrow definition of personal responsibility that goes with hyper-individualism will have to rethink the whole concept of “responsibility for others” and family responsibility will involve a lot more than the obligations one “chooses” by having children. Perhaps we need to define filial responsibility more formally, but give adult children exposed to it more authority to carry out their responsibilities.

(7) For more than a decade, we’ve gotten used to Internet “free entry” and self-promotion, without accounting for the legal risks and whether the advertising business model is sustainable, given all the new economic and audience pressures. Internet companies will have to be forthcoming about their business models. But more important is to carefully consider all the components of minimizing the risks (including “reputation defense”) of the way people use the technology. Most of all we need tort reform, and we need to be very careful with how we maintain calls for increasing “downstream liability” (the old Section 230 and DMCA safe harbor issues). And we need to provide students with much better education on proper use of the Internet (at least comparable to driving a car), and yet school systems are poorly equipped to impart this information now. I can tell that from personal experience.

(8) We have basic concerns about how people define themselves, in terms of the world they live in. There is a chicken-egg problem with whether self concept should depend on oneself, or depend on ties to other people first. That ties into debates about service, community, and "shared sacrifice" as moral issues the way we saw them going into the 1960s. Gay issues (like marriage, parentage and military service) can be cast in terms of intrinsic obligations to others.

We'll have to get our act together to stave off "the Purification."
Posted by Bill Boushka at 5:42 PM