A "Curious Life" (mine, maybe): is there one guilding "principle"? We've forgotten how things used to be 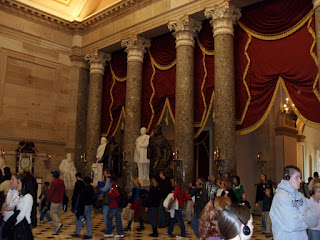 Over the span of my “curious life”, the most prominent moral value that stands out is this: We need to share not just sacrifices but also risks and uncertainties more equitably. And those uncertainties have as much to do with emotional bonds as financial support. Everyone should put out the emotional effort that it took or would have taken to make him or her and adult. (That gets into the messy trichotomy of feelings, actions and the capacity for actions in reserve.) A quick corollary would be that everyone should be accountable to someone else and be able to support someone else, particularly before being heard from. Can I live up to that? Well, no. But it does seem that if all of us could or did, the “open society” and freedom we want would be much more sustainable. Closed societies, like the Amish (check my movie review page Dec. 28) achieve sustainability by regulating individual ego (and protecting from too much awareness of individualized karma) and forcing it to remain identified with the group, often claiming the authority of scriptures. Some of these societies are more successful than we would think. And even in our “open” society, sometimes introverted people with “artistic” temperaments who develop their own private access to emotion are expected to become involved with others on terms defined by others as part of their “debt” to the world that brought them up.

This was how people understood the balance between personal morals and freedom a half century or more ago, and people did not expect “justice” or equality as we perceive these ideas today to be anything close to perfect. Indeed, there were horrible group injustices (most notably, race). People tended to view the authority structures generated within political, social and especially familial bonds as important to the welfare of everyone as important as the knowledge base or truth available to society; people did not always welcome candor with truth (especially if it hinted of a little psychological sadism). One feature of moral teaching – marital fidelity – was actually a subset of notions of family responsibility that really applied to everyone, regardless of choice. Prohibitionistic attitudes (and even laws) toward non-martial sex (and the prestige afforded procreative sex within marriage) really were designed to make “committed” and permanent marriage worthwhile, and to goad everyone into sharing intergenerational responsibility. Young men, especially, were expected to share the risk of defending their society, and our ideas of morality started getting warped: you could be tempted to cheat on a test in order to keep a deferment, when society looked at us as “unqualified” for exemption from the risks that others had to take. We developed a moral soup.

Over the decades, we’ve changed our minds on all this somewhat, sometimes a lot, but not always consistently. Largely because of communications and other technology advances (which can be undermined), as well for the need for brainpower to survive wars and crises, we now value the autonomy of the individual more than in the past, and we are not always conscious of whether, in the deepest sense, the person “paid his dues.” That results in new problems, where individual parents and family members who, to tell the truth, “sacrificed” even if they entered into their relationships by conscious choice, can get left behind. There’s some kind of balance and there is no way to make it perfect. Usually, today, moral discussions assume that the individuals involved chose the commitments (especially marriages) that they are in, but usually things are not that simple.

I stumbled across an old print issue of The Weekly Standard from Dec. 24, 2007, well before the economic collapse, and noted an article by Jeffrey Bell, “Alive and Kicking: Reports on the demise of social conservatism are greatly exaggerated” (p. 32), in which Bell maintains that social conservatism and “culture war” is relatively new and specifically American. The historical reasons may go back to a particular issue with the American Revolution, where the colonists wanted to throw off the European idea that people were “better” because of their lineage, but then stalled out in how far they were willing to take the idea, instead investing in the actual structure of republican governance than in the idea of social justice within a large population. That would not come for almost 200 years. The same issue as a complementary article by Kenneth Anderson on p. 18, “Mormons, Muslims and Multiculturalism” – to the effect that there are enormous differences even among cultures that enforce extreme amounts of family-style socialization on all their citizens.

Indeed, pluralism and diversity have expanded (rather like an expanding universe) with the opportunities offered by the Internet. We are forced to deal with “inequality” and see bad fortune on a very individualized and very public level, the social – and moral -- effects of which were just barely beginning to be seen as recently as ten years ago. In the “online reputation defense” issue, we are forced to confront that self-concept (and therefore “reputation”) varies so much among different people according to how they have become socialized within and then outside their families, and a lot of socialization tracks back to getting people to share common stakes and risks, even at deep levels. We may only be beginning to see the potential economic and legal effects now.

I’m still left with a particular conviction, however. No one can really own my own karma but me. Immutability has nothing to do with it. But it has to be the same for everyone else. That’s the ultimate concept of justice.
Posted by Bill Boushka at 8:41 AM