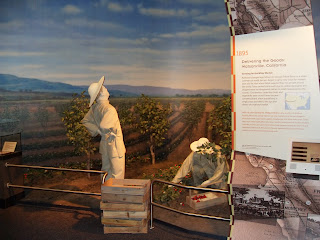 The AP is reporting that man in Fort Collins, CO has been charged with “criminal libel” for posts he made on a board on Craigslist. The link is here. The story was reproduced on AOL today, and AOL members strongly disapproved of the idea of prosecution in an informal survey. AOL's headline characterized the Craigslist posting as an "insult."

Usually, libel is a civil issue only. In the United States, truth is an absolute defense for libel. (It’s not so clear in Britain.) Some states have criminal statutes, and Colorado’s statute would seem to even including libeling the dead. In theory, such a story suggests that residents in these states who make defamatory comments on social networking sites could be prosecuted. Possibly a law like this would be used until specific cyberbullying legislation was passed.

The AP has another story today by Robert Barr about a case filed by a mother in Britain against her daughter for a book. (Search for “libel” at Ap.org). Again, here’s a story of a perhaps bizarre circumstance with possible implications for others as a precedent. It’s likely that the result would have been the same in the US, because generally British libel law is more favorable to plaintiffs than US law, resulting in the problem if “libel tourism.”

It’s unusual for libel suits to be filed among family members in the US or Britain as a whole, but the problem could become more common because of social networking sites and because of changing perceptions about family values. Another possible situation in a family setting could be invasion of privacy. The law hasn’t dealt with this idea in the family much (in either US or Britain) but a situation could exist where other family members feel “invaded” when an aggrieved person tells his story, either on the web or in more conventional established media (even the movies). Even “dead hand” clauses in wills could become a factor.
Posted by Bill Boushka at 3:07 PM