"Choice", community, and freedom of expression: not all responsibility is "chosen" 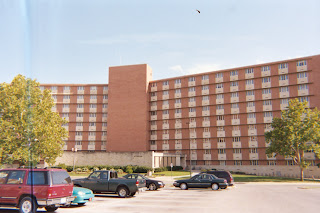 I recall browsing some newspaper ads in the lounge in McCollum Hall at the University of Kansas back around 1967, when I was still safely tucked away safely in graduate school, reading something like “Choice, not Chance in today’s action Army.”

That refers to the era of the Vietnam draft, of course (and the controversial deferments). If you got drafted (for two years), typically you got infantry (a 95% chance, according to recruiters). If you signed up for three years or more, you got a “choice” of MOS. It didn’t always work that way, and I actually technically “enlisted” for two years (I remember my service number “RA11937256”, eventually replaced [ironically now] by social security numbers) and was sheltered away in a non-combat MOS.

The word “choice” sticks in my mind. 90% of the Dr. Phil shows somehow relate to someone’s not following through on his “choices” (often to have children and/or get married). We think of morality today in terms of answering for the consequences of one’s “chosen” actions. We even think that the concept of “moral hazard” works that way, until we stop and realize many people have risk-creating circumstances that they did not “choose.”

But, many of the great moral difficulties have to do with taking responsibility in circumstances that we do not choose. As noted earlier in this column, if we’re going to have sustainable freedom, we can never guarantee “absolute justice” or “fairness” in terms of social rationalizations of “deservedness” that have so occupied political thought for the last three centuries or so. Christianity, as a whole, does a pretty good job of addressing this. (Remember how Rick Warren preached “it’s not (just) about you.”) We understand that we live in a “hierarchy” of “communities” and that some things have to be done and shared. It’s inevitable that this (especially “family responsibility”) will affect people who have made different “choices” regarding family life in a somewhat disparate manner.

But naturally we want to sift this down to what we should expect of ourselves as individuals. We want our own measurements or our own bottom limes. More and more, it seems like we are heading again toward a society where everyone understands that or she might have to provide for someone besides the self, even without deliberately having children, and everyone will, at times, be accountable to others, not completely within the scope of “choice.” But it will be somewhat unpredictable and sporadic. It won’t go on all the time, and many people will be “free” for decades while others won’t, and then some will face comeuppance. It won’t always be “fair”. What can be consistent is the expectation of the “capability” for serving in this manner. Generally, no one will “get out of things” forever.

Pastors sometimes say that everyone must be accountable to “someone”. One does the best one can with this, and lives within one’s psychic and relational limits. The idea seems to invoke a moral imperative to establish emotional openness to others even against one's own system of values. But such a call could undermine the passion of love and marriage, even as marriage, paradoxically, seems to need some control of things (including the family loyalty of the unmarried) to prosper. That’s the real “fairness” problem underneath the gay marriage (and now gay parenting) debate.

Ironically, the explosion of personal expression on the Internet (social networking sites and blogs) as well as proliferation of media outlets, many of them free or requiring little capital (and some of them stirring up controversies like copyright and digital rights management), has ironically brought us to the “red shift limit” of radical individualism, and made us (surprisingly and somewhat suddenly) more conscious of social connections and “reputation.” Employers and universities have trolled social networking sites and blogs for social suitability in manners never envisioned by the creators of these services. And that brings us back to an essential problem: “reputation” is not just “in the eye of the beholder”, as I’ve noted before; it is very connected to the social and family responsibility (and sometimes community responsibility) that one has taken on, not always as voluntarily (by “choice”) as we think. Other’s can be affected and sometimes imperiled by one’s “reputation” as others see the concept. Just think a moment how loaded the term “role model” is in the public school teaching world.

All of this makes the current unsettled environment of litigation over downstream responsibility in areas like reputation, trademark and copyright so scary. You can go to the Electronic Frontier Foundation front page at any time and see some legal articles about current cases and legislative proposals, bury yourself in the technical and legal issues, and miss the forest for the trees. If you look at a lot of them together you wonder where we are headed, given the current world climate and calls for more regulation and “risk reduction”. There is increasing social and political pressure for a more “communal” paradigm for “personal responsibility” and taking responsibility for others, and this could well undermine the “free entry” that we have gotten used to and that has so enriched our ability to debate public issues and get away from the control of special interests. But free speech – correction “free entry” and self-distribution – could face a rocky ride as the new political climate emerges. 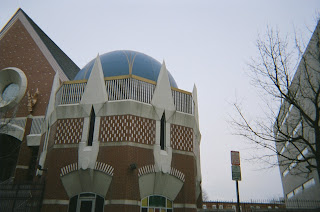