At one time, I thought my "writer's activism" would actually help with teaching 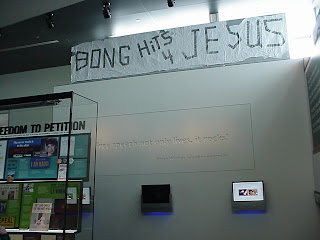 Early during my mini-career as a substitute teacher, say around 2004, I thought that my background with “personal activism” and self-publishing would actually help sell me as an educator.

In the early months it went well. I showed some of my Hamline speech online to a film teacher at a career center, and gave him some independent film links (as for the film “Jerome’s Razor”). Later, during the “planning period” I gave some government and history teachers at a high school an informal briefing on the CDA (Communications Decency Act) and COPA (Child Online Protection Act), and my visits to the Supreme Court. One student actually asked a question about the military ban and “don’t ask don’t tell” based on a Washington Post news story.

What went wrong? With weaker classes I did have discipline problems, in a manner that seemed highly politicized. I started sliding (not skateboarding) down a slippery slope. Social networking sites caught attention and all the sudden some principals worried about the “social reputations” of teachers, even subs, particularly as role models. Even with the low pay, you were supposed to behave as one. Then public attention became focused on “at risk” teachers because of the sensational NBC Dateline series that started in 2005 about Internet stings. A few schools, even locally, had real “incidents” involving police. Suddenly, speech that was objectively acceptable and maybe even valuable in raising issues became suspect as to the speaker’s motives, in an existential manner. Why would I be the person saying this? Why not let someone else?

In Internet speech issues, perceptions and attitudes can change quickly, and not always in a manner envisioned by innovators of new Web technologies.

One other factor combined with all this: the investment required of me in time and money, given the circumstances, to make the career switch to teaching. Given the political climate and the material that I have covered elsewhere, could not "remain silent" and just pretend I could "pay my dues" in life this way.
Posted by Bill Boushka at 8:12 PM