Upsidedown mortgages -- I got burned during the last crisis in Texas in the early 90s: learning by "conditioning" and "Just say no!" 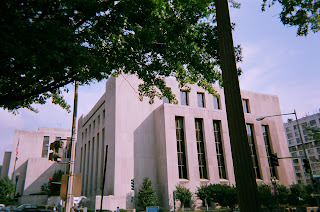 I recall a moment, the Tuesday after Christmas (Monday had been the legal holiday) in 1994 when, returning home from work, I found a disturbing envelope at the bottom of my apartment mailbox. It was from the mortgage company.

Three years before, I had sold the Texas condo in which I had resided once to my renter, who assumed my FHA loan (which I had converted from an original VA loan at 12-1/2%). I had lost $10000 on a condo that had sold originally for just $40000 in 1984. But real estate dropped in a lot of Texas when, under Reagan’s policies, oil prices dropped in 1985 – good for the rest of the country but not for Texas. I had moved back East in 1988.

I don’t want to spill too many details, but we (myself and a lawyer) got the homeowner paying again. When she got into trouble again, we demanded payment and threatened foreclosure, forcing a Chapter 13 bankruptcy. But it had a happy ending. She paid all the money back, with attorney’s fees and a small amount of interest. We took care of this entire problem, however small, with no government bailout.

You can imagine, then, I was rather aghast in 2005 or so when the media started talking about the subprime boom. A retiree, I got a couple of unsolicited phone calls to go out and make money selling these kinds of mortgages. Anybody can do it. It didn’t sound right. I had been burned before. "Just say no" I said. But Wall Street hadn't been burned (or had it forgotten Texas around 1990 when some condos fell into the teens).

Furthermore, back in the early 1990s, some defaulting homeowners really did get sued for deficiencies. True, a lot of people in Texas just walked and mailed the keys. But some borrowers got in real trouble over this. The gory details are spelled out in an orange paperback (having nothing to do with ING “orange”) by James A. Wiedemer. "A Homeowner's Guide to Foreclosure: How to Protect your Home and your Rights." Dearborn, Dearborn Financial Press, 1992. There were “letter lawsuits” and process servers and the like, and a fine art for getting default judgments to ruin borrowers’ credit.
Actually, the whole thing was rather stressful for me at the time. I remember the phone conversations with realtors and my lawyer, and I remember all the talk about “personal responsibility.” I didn’t have the same family responsibilities or life circumstances as the borrower. I don’t want to get into private matters any more that I have to, other than (to make a discussion point here) to say that at work, people who knew about this said “you could marry her.” That sounds crass (given all the debates about the institution today), but it does comment on a social problem – sometimes we have to take of others besides ourselves and the people we choose to marry and the children we have. The “moral” problems are just more complicated than that. It comes back to the “sustainability.”

And so now we see news reports about the financial crisis blowing out of the problems with upsidedown, adjustable and subprime mortgages. In a real world, true, no one can expect borrowers to cover these problems today the way we did in the 90s in a relatively “simple” case. But I have stayed away from all of this mortgage mess for just that reason – I’ve been burned before. I think of a Dr. Phil show where a young man, with a wife and baby (and “family responsibility” to mollify the social conservatives so addicted to the “idea” of marriage) decides to flip multiple houses (several a week, all over the country) to support his family and doesn’t go to college and learn real skills for “real employers”. Now he is several million dollars in debt and has walked away from a number of homes. We wonder where our moral center has really gone.

Media reports do talk about the deficiency problem as a legal issue in other countries, like Australia. It has been an issue here before in the U.S. More to the point is to go back to requiring more down payment again, so that mortgage holders have a stake in their homes.

No question, there has to be structured help for homeowners, and there’s no way to do it without the whole process becoming “politicized”. It sounds anti-libertarian, but when it comes to residential property values, you are your brother’s keeper.
Remember the etymology of the word “mortgage”. It means “dead pledge.”
Posted by Bill Boushka at 4:03 PM