The Teacher Shortage: Career-Switching and Substitutes 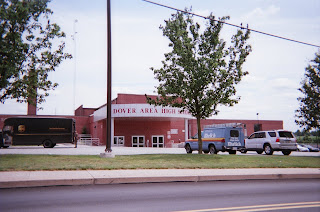 I submitted an op-ed to the Washington Times on Monday, Oct. 27. Since I haven't heard anything, I thought I would run it in my main blog. See also my Letter to the Editor that was published Aug. 22, 2008. Please also note that I have major accounts of "what happened" when I was substituting on July 25 and July 27, 2007 (not 2008) on this blog (see the Archives).

The Teacher Shortage: Career-Switching and Substitutes

Recently, the newspapers have discussed the public schools’ difficulty in recruiting math and science teachers (particularly men) who both good at their academic subject matter and effective with children.

The problem spills over into substitute teaching in many states. Virginia may be typical. In many districts, one can work as a short-term sub with only 60 hours of college and without a teaching license, but the work is hourly, irregular and has no benefits. The job attracts retirees who have “real world” work experience, and sometimes draws graduate students, musicians, actors, or others who may be transitioning to what they really want to do.

School systems know that substitutes can have isolated rocky experiences, so they typically, rather than investigate individual complaints about classroom performance, have a “three strikes” rule. A sub is fired after accumulating, over all elapsed time, three “do not sends” from individual schools. If an inexperienced sub works long enough, there is a practical likelihood that the sub will “expire” – accumulate the three complaints, perhaps after several hundred jobs. Short term subs often rotate among many schools and naturally may find commanding respect from certain students difficult. Nevertheless, when schools note that a specific sub has had discipline issues two or three times, even with specific normally poorly behaved students, they often eliminate the sub from their school. In time, some subs get fired, and I’ve personally heard other former subs talk about this problem.

I completed over 200 assignments from 2004 to 2007 in Arlington and Fairfax. With more “mature” classes (particularly Honors and AP) I found the job rewarding, and students seemed to benefit from contact with an older person who had decades of work experience in the business world. But I ran into a few serious sporadic problems with discipline (euphemistically called “classroom management”), particularly in middle schools. Not having been a parent and having led an “individualistic” life, I simply did not “connect” with certain kinds of students, who seemed to need focused, parent-like attention. Furthermore, in a couple of isolated special education situations, I was placed into circumstances that, because of the surprise element, I found frankly humiliating. I would have been happy to help students work algebra word problems or factor polynomials for eight hours a day, but that isn’t what the job was.

Furthermore, my own public website led to a controversy at one school. A small amount of material on the site, not objectionable by normal standards and protected by the First Amendment (as applied to public employees) could have (out of context) been misconstrued by students or parents because of some extraneous or coincidental circumstances. But I have to admit, I relate to my world in a much more individualized, less “socialized” way than “normal,” and students might need to perceive me as a “role model” according to their cultural frame of reference rather than mine. Subs may be regarded as role models and authority figures by students or parents, but subs may not have the actual classroom authority or compensation to live up to this expectation, and may view themselves as just temporary facilitators. This can create a dangerous situation, where students or administrators or others in the outside world may magnify the significance of things substitute teachers say or do even outside of work. .

From my experience, I think that school systems need to rethink carefully how they recruit teachers from other professions, especially those making “career switches” after layoffs or early retirement. They need to realize that there are many different perceptions of “role model” and how proactive teachers should be with discipline and motivation. Particularly, school systems should hire substitutes more carefully, with an eye to eventual licensure, and provide more training (toward licensure) on school system campuses. School systems must craft clearer policies for teachers’ Internet speech, even when done from personal resources at home, when it can be found so easily by students (with search engines) and be misinterpreted. Students, after all, have yet to navigate English and social studies in high school to learn what content context is all about.

If school systems really need more teachers, they must get serious, even in this difficult economic climate. A “career-switching” retiree like me then has to determine if the entire process of practice as a substitute or student teacher and course work (and the financial and time commitment) for the career change to teaching is really appropriate.
Posted by Bill Boushka at 5:04 AM

Labels: my history as a substitute teacher, newspaper submissions, teachers: performance and reputation

You make some good points above.
However, I also think that this can be helpful to you:
Go to: http://www.panix.com/~pro-ed/

If you get this book and video: PREVENTING Classroom Discipline Problems, [they are in many libraries, so you don't have to buy them] email me and I can refer you to the sections of the book and the video [that demonstrates the effective vs. the ineffective teacher] that can help you.

[I also teach an online course on these issues that may be helpful to you at:
www.ClassroomManagementOnline.com ]

If you cannot get the book or video, email me and I will try to help.
Best regards,