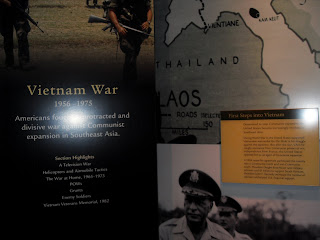 Today, Nov. 23, at a Sunday school class I heard a reserve Army officer discuss the rules for “sole surviving sons” and daughters. The policy is often forgotten in today’s individualistic culture. But military policy, both in selective service and accession and in combat deployment, tries to respect the cultural value of many parents to have a biological lineage, especially a son. The particular officer said that, as a sole surviving son, he was not allowed to enlist until he had a son himself, who also served in the Army. He, already a surgeon, then applied for a direct commission as an Army medical doctor in rehabilitative surgery, repairing combat wounds.

The sole survivor concept fits into the 1998 Steven Spielberg film "Saving Private Ryan" about D-Day, with Matt Damon and Tom Hanks, from Dreamworks.
The About.com website has some material on this. A sole surviving son and/or daughter may not be assigned to combat duty without relatives’ permission, even in the volunteer military (as since 1973). The web link is this.

Sole survivors do have to register for Selective Service, but are entitled to peacetime deferment should the draft be reinstated. The appropriate link is this.
Posted by Bill Boushka at 12:04 PM