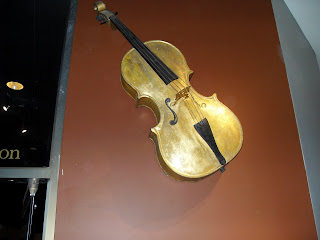 I’ve looked at Internet speech, whether on blogs, social networking profiles or other formats as potentially significant politically from almost anyone, if well enough conceived. Today (Nov. 25, 2008), Danielle Allen (UPS Foundation Professor at the Institute for Advanced Study in Princeton NJ [as explained here ]) has a piece called “Citizenship 2.0” on p A15 of The Washington Post, link here.

Allen seems to feel that Internet debate tended to have a conservative bent at first, particularly as the Republican, Newt Gingrich backlash against Bill Clinton rose in the mid 1990s. Examples include forming Drudge Report (Now, on Drudge, hear ye this, a shocking Russian prediction about the future breakup of the U.S.!), and Free Republic [link]“independent, grass-roots conservatism on the Web”). The Left, with “Move On” (link) (“Democracy in Action”) did not get a lot of Internet mass until around 2003 as George Soros (the “reflexivity”, “open society” and “anti market fundamentalism” guy) got involved (although Soros had talked a lot about his theories in the late 90s in his book).

Allen says that the Right tends to like a “Wikipedia” approach to reporting news, inviting a potpourri of contributors, where as the Left (Huffington Post [link]) as an example, prefers a controlled, hierarchal approach to selecting and organizing what is published. The Obama campaign, she says, went back to the “Wikipedia” approach.

The theory makes sense. The Left seems to identified with structured planning of society (just listen to Michael Moore talk about what should be done with the auto industry), whereas the Right, at a certain level, praises personal initiative in a piecemeal and piecework fashion. But then the Right wants to install controls at the family and religious levels, with a potential to delve into concerns about who has earned “the privilege of being listened to.”

Since my blogs and sites are a pretty much a one-man show (although I take all reasonable comments and publish them) it sounds like I follow the hierarchal model, even though, as a whole, much of my material sounds like it comes from the Right (at least in a Log Cabin sense). Yet, what really matters is how the material is structured and organized, and especially how one “connects the dots” within the material. With a corporate structure of some kind, I would quickly have a much more wiki-like operation. All of this is inherent in “knowledge management” itself. It’s all about “the knowledge of good and evil.”
Posted by Bill Boushka at 4:40 PM